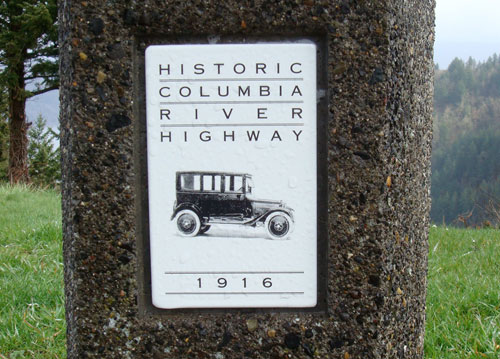 Since we’d all been to the Vista House before, we didn’t stop, but we did take this photo on our approach. 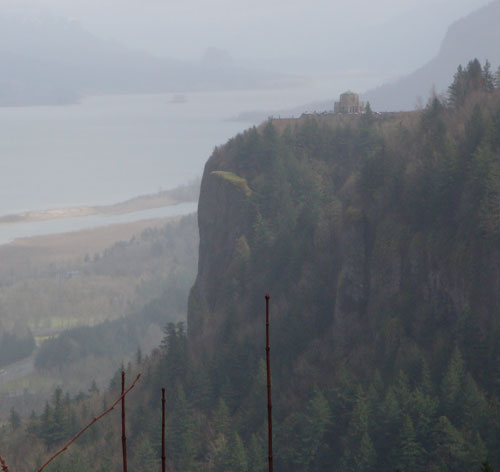 Our first stop, Oneonta Tunnel, is two miles east of Multnomah Falls. It was carved out of Oneonta Bluff in 1914, but closed and filled with debris in 1948. A few weeks ago it was reopened with some fanfare, including a parade, but on this rainy Sunday we had it nearly to ourselves. 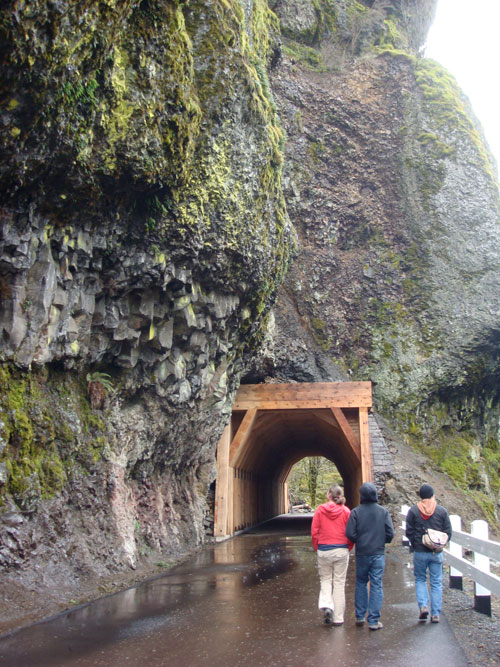 The restoration work is impressive. 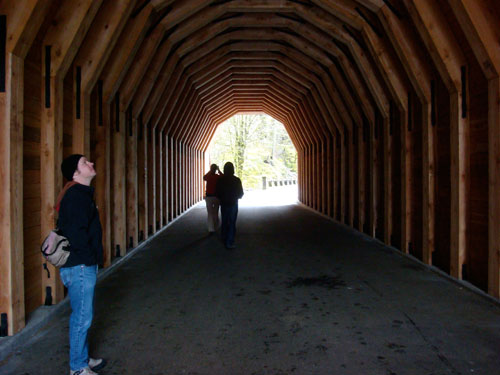 On to Cascade Locks. We took the Bridge of the Gods across the river to Stevenson, Washington. The bridge isn’t nearly as impressive as its name would imply, but it crosses the Columbia where, in about 1700, an extraordinarily impressive land bridge once dammed the river after the massive Bonneville Slide. 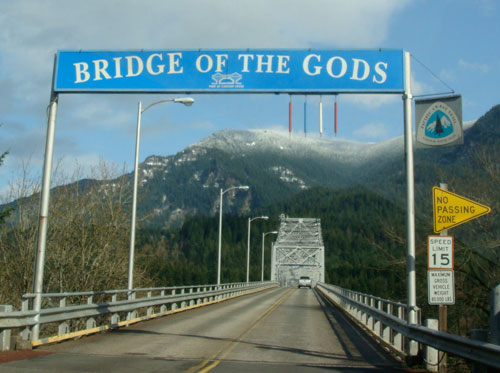 Last summer we had planned to hike and camp at Beacon Rock, but we arrived too late on a Friday, without a reservation. We found Panther Creek campground that evening, but didn’t have time that weekend to hike Beacon Rock. This time we were not to be deterred. 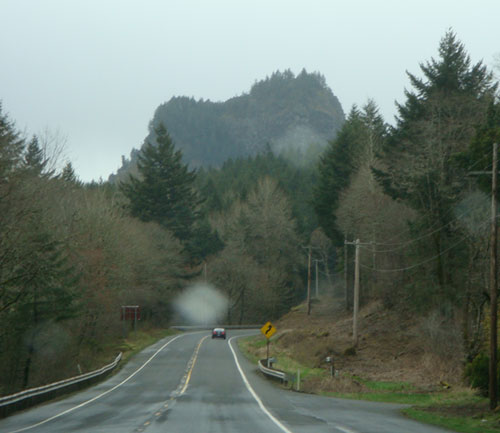 The hike is only 1.8 miles long, round trip, but it’s quite steep. Lucky for us back in 1918 Henry J. Biddle constructed a series of switchbacks, bridges, and steps all the way to the top. Here’s how he describes it in BEACON ROCK ON THE COLUMBIA: Legends and Traditions of a Famous Landmark (pdf):

The trail is about 4500 feet long, 4 feet wide, and with
maximum grade of 15 per cent. It extends from the North
Bank Highway, on the north side of the rock, to within about
20 feet of the summit. The rock there becomes so narrow that the
construction of a wide trail was impracticable, so a narrow flight of
steps leads to the topmost point. There are 52 hairpin turns in the
trail, 22 wooden bridges, and over a hundred concrete slabs, spanning
the minor fissures in the cliff.

The hike isn’t too bad, just don’t look down. 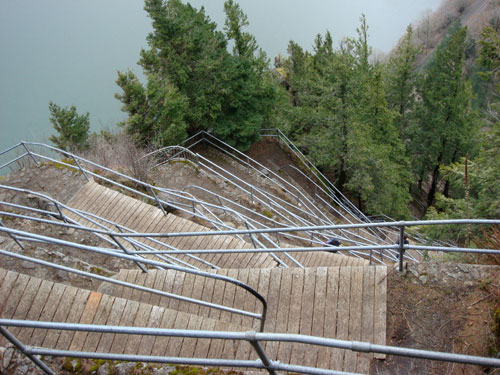 Here’s Heather and me near the top: 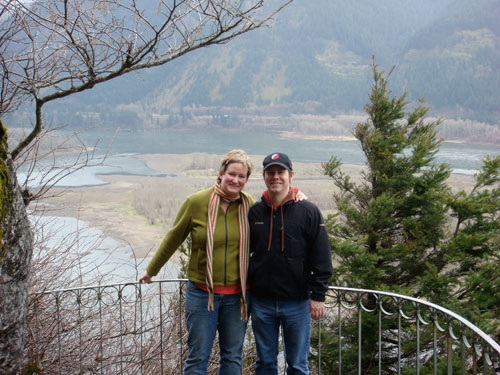 After the hike we made our way back to Stevenson, Washington. We arrived at Walking Man Brewery just a few minutes after they opened at 3pm and grabbed a booth, which was lucky because all the other tables filled up quickly. 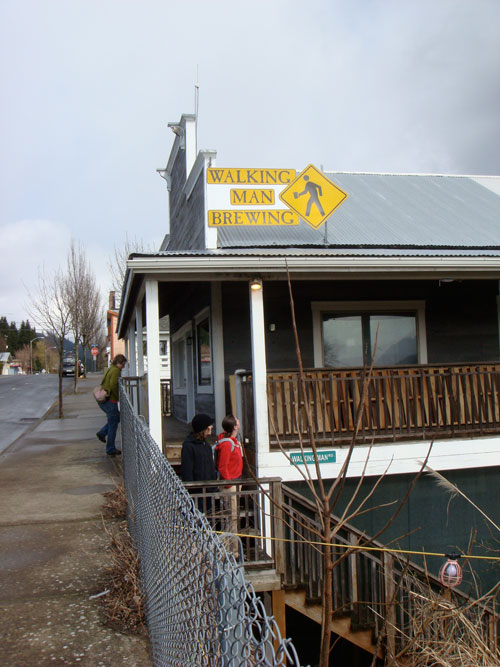 The beer was fantastic. 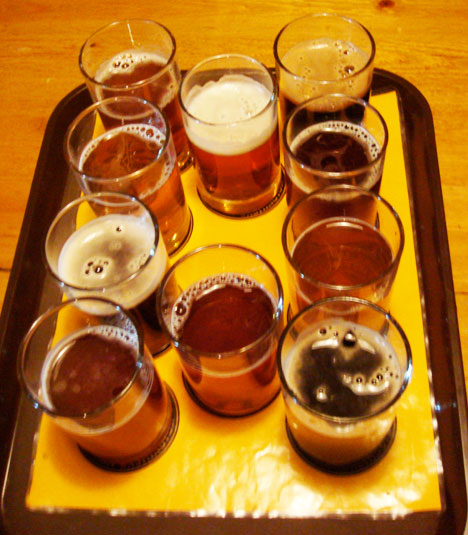 Heather has also blogged the trip at Mile73.com.

Justin and Katie are not only great travel companions, but they’re also opening a record store/bar and they blog too.

(Photos by Heather, Justin and Katie, and yours truly.)