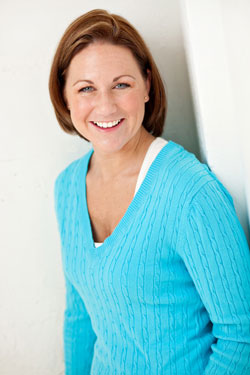 Audrey Walker is Portland based actor who has garnered a substantial filmography, though she’s only pursued acting seriously since 2004. She grew up in Aloha, and graduated from Central Catholic High School. According to her resume, she can make Dr. Spock eyebrows upon request.

How did you get started in acting? How long have you been a working actor?

I took my first acting class in 2004, so I guess that’s when I started acting. I took a class to learn how to audition and I went to my first audition a couple months after taking the class. It was for a commercial. I got the job. I’ve been steadily working as an actor in films as well as television commercials ever since.

I think Portland is a great place for someone pursuing an acting career. I feel like it’s a little gem that people are just now beginning to rediscover for filming. We have a huge indie scene here. A lot of independent films are shot here. We have a network TV Show, we’re starting to get Movies of the Week. We get big budget films through. I know it’s not as many as the major markets but it’s picking up.

The advice I would give to a Portlander beginning an acting career would be to get in a good class. A class with someone who has experience and who you feel comfortable with. Next up would be to get some good headshots and then hit the ground running.

Are you from Portland originally? (If not, what brought you here?) Have you considered (or already tried) moving to LA, NYC, or similar place, with more of a reputation for careers in the dramatic arts?

Yes, I am a native Oregonian. I was born and raised here.

Many times in the past years I have considered moving to LA for work. I mean it only makes sense to go where the work is right? Except lately the work has been coming to Oregon. So why rush it? I’m enjoying letting the work come to me.

I also have other factors to consider in moving to a larger market. I do have a family here and I would hate to uproot them. So in the meantime I am currently figuring out slowly but surely how to work the other markets from Portland. We’ll see what happens.

Besides acting, do you have other creative aspirations or interests? (Art, directing, writing, etc.?)

Acting is by far my strongest creative aspiration. I feel I am much better at envisioning a story someone else wrote and helping them to tell it than I am at writing my own. I know where my limits are.

What are some of your past projects?

Some of my past projects have included a supporting role in the feature film Man Maid where I was lucky enough to have met Jane Lynch on set. What a great lady. This is the trailer I’m in:

I also was fortunate enough to work as a body/photo double for Diane Lane in the movie Untraceable by Director Gregory Hoblit.

I also worked on the award winning feature film The Waiting List by Director Mike Vogel [Ed: read my interview with Mike here] which premiered at the Phoenix Film Festival.

I also worked on a film by director Steve Coker called Crackin’ the Code. It’s a comedy and we recently screened it at the PCC Art Beat (where I was also a guest speaker). Here is the official website for the film: CrackinTheCode.com.

What are some of your current projects?

I just wrapped up on an upcoming feature film by local indie directors Todd and Jason Freeman titled Wake Before I Die. It’s a thriller that is based upon a book written by their father Dale Freeman.

Wake Before I Die from Polluted Pictures on Vimeo.

I’m also currently filming on director Mike Vogel’s (of The Waiting List) next film Did You Kiss Anyone?. It’s definitely a comedy.

I also have a couple of really great projects lined up for filming this summer. One of them will be a psycho/drama/thriller by upcoming writer/director Jacqueline Gault titled Meet Jane Doe. I’m lucky enough to be playing the title role of Jane. [Watch the trailer at Kickstarter.]

The other project I have lined up this summer is a film by director Phil Vaira titled Fall of the New World. This will be a kind of fantasy/adventure/thriller.

What happened to your foot? 😉

Ha ha, seriously? Oh man, I really wish I had a good story like I saved an old lady from being mugged or something but I sadly don’t. I was working on scripts at the computer and my leg fell asleep. I got up to stand and when I took a step on it I heard a LOUD snap and I was on the ground. Now it’s a 3rd degree sprain. So please I implore to let your body parts successfully wake up before trying to walk on them. Just sayin’.

Keep up with Audrey’s convalescence and work at her website, www.AudreyWalker.com, on IMDB, and on Twitter: @AudreyWalker.