Prost! Portland (4237 N Mississippi) is throwing an Oktoberfest celebration this Saturday and Sunday, October 2 and 3 2010.

The Mississippi Marketplace food carts are also joining the festivities, and of course Prost makes a mean pretzel sandwich too.

Greg Meier and his band will be providing traditional German music on both Saturday and Sunday.

For $30 you can buy a liter glass boot to keep, filled with bier. But get there early, there are only 30 of them!

$20 gets you your own liter stein to keep, also filled with bier. Refills for the boot or stein are $10.

Additionally on Sunday as part of the festivities, the Prost! Oktoberfest Bier Challenge features nine local breweries competing for best Okotoberfest bier. All proceeds go to charity. Customers plus a panel of local Bier Critics will be the judge. The winning brew gets a tap handle at Prost through the month of October.

The Portland Timbers got a huge, and impressive win in Baltimore over the weekend. Bright Dike scored a brace, off assists from Doug DeMartin, while George Josten sealed the deal in the 85th minute with his first goal in league play. Timbers won 3-1.

Despite the [arguably undeserved] penalty kick goal by Baltimore on Saturday, the Timbers have displayed an impressive defense lately. In fact, up until that PK the Timbers had held opponents scoreless for 497 minutes – a modern franchise record.

Next up, in the the regular season finale: Vancouver. A draw or win for the Timbers will send them into the playoffs on a 10 game unbeaten streak. That would be nice to see . . .

With the end of the season nigh, the playoff picture becomes clearer. Lots of things could possibly happen. What we do know is the Timbers are one of the top teams in the league, and have finished extraordinarily strongly, mostly on the road no less!

Dropping Timber is asking for your opinions on their Best Goals of 2010 selections. Pore’s diving, Sunshine goal, header and Alhassan’s beautiful 90th minute chip shop just two weeks ago at Puerto Rico are my faves . . . so far (watch video of both goals at Dropping Timber). We’ll see what Saturday’s match brings to the table.

Timbers Digital Media Director Brian Costello sat down recently with coach in waiting John Spencer to talk about the upcoming Timbers MLS season. Amongst other topics of discussion, Spencer reiterates that he’s going to focus on young up and comers, rather than older veterans, as the roster is assembled.

A delegation of the Denver Metro Chamber Leadership Foundation recently took part in a Leadership Exchange that brought them to Portland to get ideas and learn best practices from civic and business leaders here.

The Denver Post has published a series of takes on the visit by members of the delegation, covering the themes of sustainability, transit and health care.

Creating the sustainable city of the future, but Josh Gould, chairman and chief executive of RNL Design

Portland prides itself on being one of the top sustainable cities in the U.S. The claim is well-deserved.

After spending 2 1/2 days biking, walking and touring its neighborhoods, I could see that the city is doing several things right. Its Bureau of Planning and Sustainability ties overarching goals for sustainability into its Comprehensive Plan, its Climate Action Plan and even its zoning code. [more]

Streetcars and other amenities build a pearl of a community by Phil Washington, general manager of RTD

Though I knew metro Denver’s RTD transit system was larger in many respects than Portland’s, I also knew that the Portland TriMet transit system has experienced more ridership than RTD. I wanted to know why. [more]

Oregon took the lead in pushing for quality, value in health care by Dr. Jandel Allen-Davis, vice president of government and external relations for Kaiser Permanente 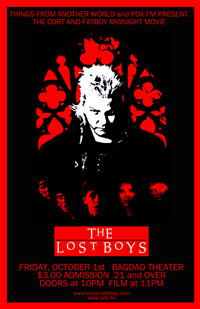 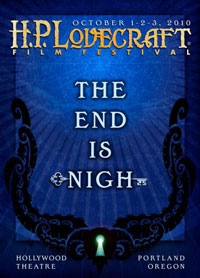