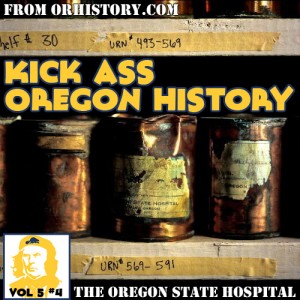 In which we learn that Oregon has a history of treating the mentally ill as less than human, even in death. Featuring excerpts from “One Flew Over The Cukoo’s Nest,” by Ken Kesey.