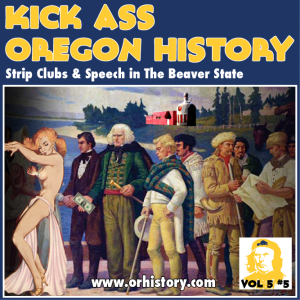 And volume 5 #5 just dropped: Strip Clubs and Speech in Oregon.

In which we learn that being naked and shaking your money maker can mean whatever you want it to, according to the Oregon constitution.

And don’t miss your chance to join the Kick Ass Oregon History team on the Historic Strip Club Party Bus Tour on October 17, 2012!