Seeing Things in a New Light: Infrared Imaging* is the topic of the latest OMSI Science Pub, which takes place Monday, June 6, 2011:

Join us to see the world in a “new light.” John Lester Miller (a.k.a. Dr. Strangephoton) will give an energetic presentation on the history, phenomenology, and applications of infrared imaging. The evening starts with Hershel’s discovery of infrared light in 1800 and traces the fascinating story to modern day astronomy, military, law enforcement, and commercial applications. The talk will be augmented with numerous infrared video clips, images, and a live infrared camera.

The presenter, John Lester Miller, has designed and developed infrared systems for astronomy, commercial, and military applications for three decades. He currently works for Wilsonville based Flir Systems.

This science pub takes place at the Bagdad Theater (3702 SE Hawthorne) from 7pm until 9pm, but arrive early (5pm doors open) to secure your beer, grub, and a seat! There’s a $3.00 suggested donation/cover charge. Minors with adults are welcome, otherwise this event is 21 and over.

* This is a repeat of last July’s Science Pub at the Mission Theater.

Lots of ways to enjoy the rain this holiday weekend!

Enjoy free admission to the Portland Art Museum on Friday, May 27, 2011 from 5pm until 8pm!

The museum offers free admission ever fourth Friday (5pm-8pm) of the month, so if you can’t make it this week, mark June 24, 2011 on your calendar! [more] 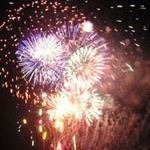 The Rose Lighting Ceremony takes place at 9:45pm, followed at 10pm by the one of the state’s largest fireworks displays. [more]

ULTIMATE PORTLAND PREMIERE-Hollywood Theatre, May 28th, 7pm. This is it, kids, the real-deal premiere. 450 seats, a big-ass screen, beer. Several prominent local media people are already declaring this to be the movie event of the summer. [more]

Portlanders love certain things: “movies, beer and dressing in silly costumes to name a few. But the bicycle – oh the bicycle – how we love the bicycle!” [more]

Seriously, don’t miss this! Heather and I had a blast at the 2010 fair – what’s not to like about red necks, funnel cakes, and award winning vegetables? And bunnies!? [more]

The Portland Timbers (5-3-2) aim to remain undefeated at home in league play when D.C. United (3-4-3) visit today for an afternoon match.

The Timbers have not been scoring like they did the first two games at home, which they won 4-2 and 3-2. But their defense has improved dramatically: they’ve won the last three home games with 1-0 score lines. [more]

America’s first youth orchestra, the Portland Youth Philharmonic, celebrates their 87th season with a free concert on Sunday, May 29, 2011.

Join KBOO at Hall of Records (3342 SE Belmont) on Monday, May 30, 2011 from 2pm until 4pm for a special live remote broadcast of The Monday Sampler radio show hosted by Matthew Clark.

The Sexy Water Spiders will perform live during the broadcast, and from the Hall of Records tap, Hopworks‘ special KBOO IPA will be available. [more]

Get back to work!

Carole Glauber’s book, Witch of Kodakery: The Photography of Myra Albert Wiggins, is the groundbreaking biography of Myra Albert Wiggins, the successful turn of the 20th-century Oregon photographer and painter with connections to New York photographer Alfred Stieglitz and the Photo-Secession. Myra Wiggins embodied the ideal of the “new woman” – independent, energetic, and ambitious – as depicted by the Eastman Kodak Company’s “Kodak Girl” and promoted in advertisements as “The Witchery of Kodakery.” Carole has resurrected Wiggins pioneering role as an early photographer and vividly describes her need in midlife to carve a new career for herself as painter.

Admission is free and this event is all ages. Please bring canned food donations for the Oregon Food Bank! 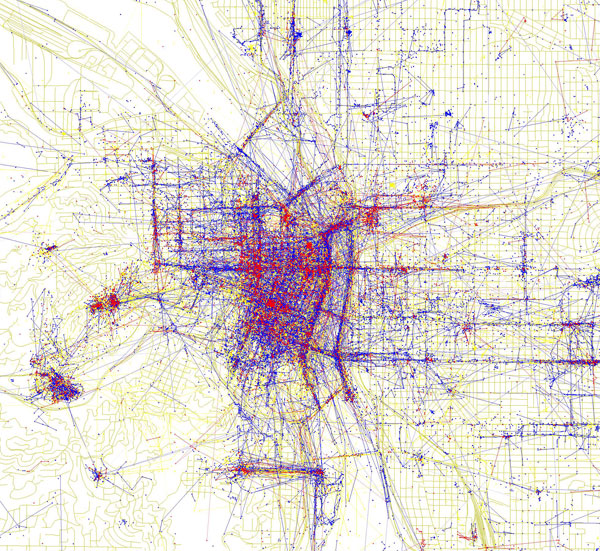 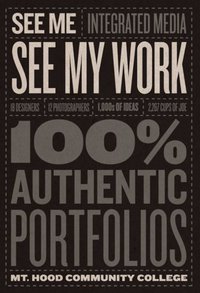 SEE ME | SEE MY WORK will showcase work from 18 design and 12 digital photography students. Come enjoy food, beer and wine while looking over student work and mingling with other PDX creatives. This is a chance for you to give invaluable feedback to help shape the lives of young designers (unless you’re not into that sort of thing).

There’s a preview of some of the work you’ll see at the show at the show website, and many of the students have websites too, many with portfolios, linked on the sidebar of that page.