And they held an open house on Saturday.

Heather and I made our way out to Southeast 12th and Stark around 2pm. Artisan Spirits occupies a nondescript garage around the corner from Food Fight. The interior is sparse. But for the open house caterers were brought in and the crowd followed. 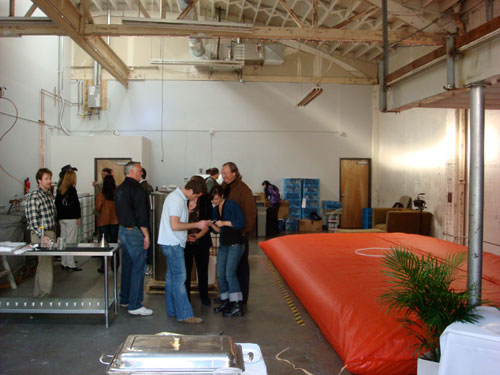 This, and all the photos in this post courtesy of Mile73.com‘s Heather – thanks Heather!

Free samples of Artisan Spirits’ two currently available vodkas were proffered upon arrival, but cocktails were available too. 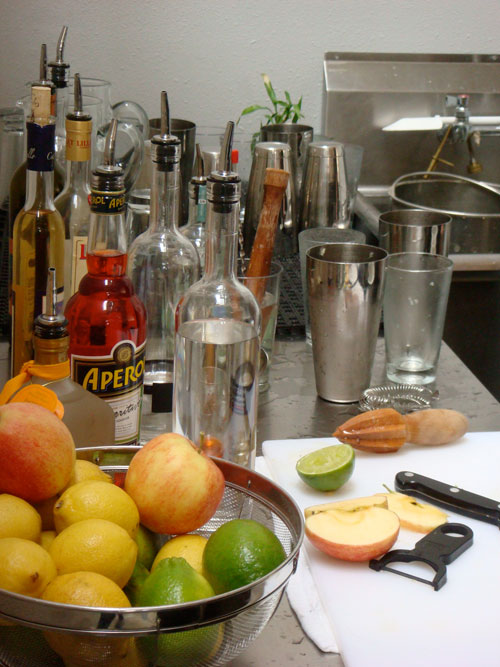 You probably noticed that huge orange water bed mattress in the first photo above. And you are probably wondering what the heck it is. That, my friends, is 5000 gallons (down from 6000) of Columbia Valley Syrah. 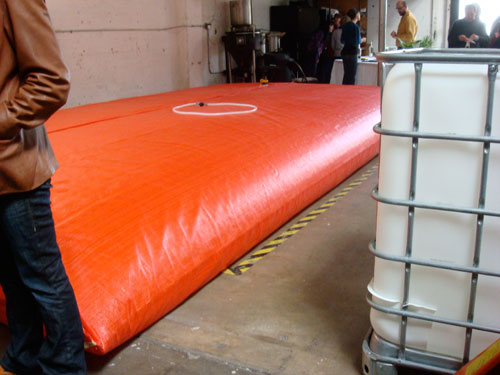 One of the three co-owners of Artisan Spirits, Shane Thatcher, gave us a quick tour of the facilities. You’ve met the huge wine bladder above. Below are the tanks wherein the mead (technically a braggot because of the use of a small amount of malt) is brewed. This honey wine is then distilled to make Apia. 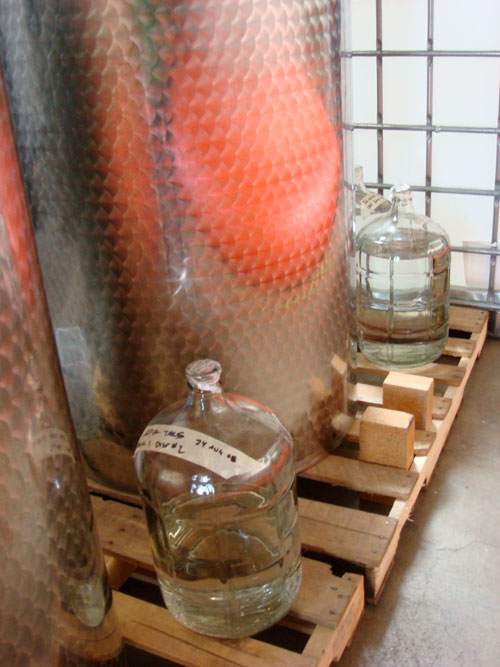 I couldn’t hope to relate (or even remember) Shane’s thumbnail sketch of the process. I do know, however, that these are the stills: 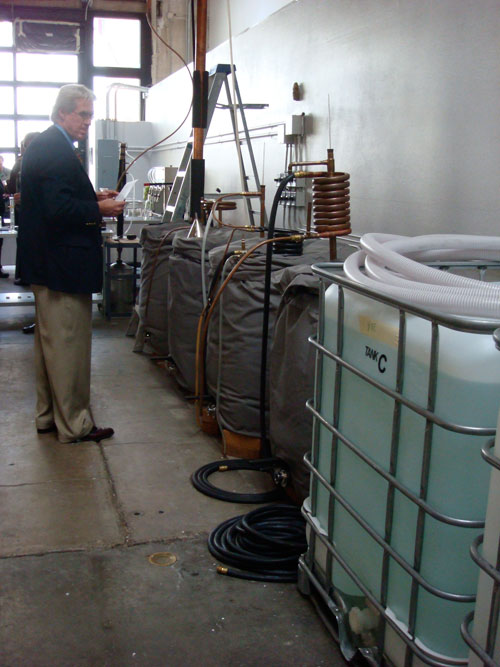 I picked up a bottle of the Apia, signed by the three co-owners of Artisan Spirits, to take home. As I mentioned, I’m not much of a vodka drinker, but the Apia is smooth and slightly sweet and fruity, and just the thing to sip on a cool crisp fall day as one blogs about a trip to a distillery.

Both Martin Ryan and Apia are available at local bars and restaurants, and at Oregon liquor stores.