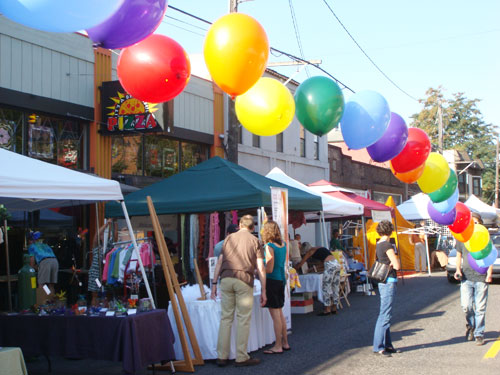 Somehow I’ve missed the Belmont Street Fair until this year. But it’s a good one, I dare say my second favorite after Mississippi Avenue’s.

The fair didn’t start until 10am, but Heather and I arrived just after 7am, coffee in hand, to register and set up the Crafty Smackdown booth, where the offerings included Heather’s paintings, her sister Meredith’s necklaces, and our friend Allison’s hand crafted cards. This was Allison’s first street fair. You can also get her cute, clever, and amusing paper craft cards at her etsy shop: what have you.

We lugged everything from the car and set up the canopy and tables. As Heather worked on the display of her playful and colorful paintings, I walked around. 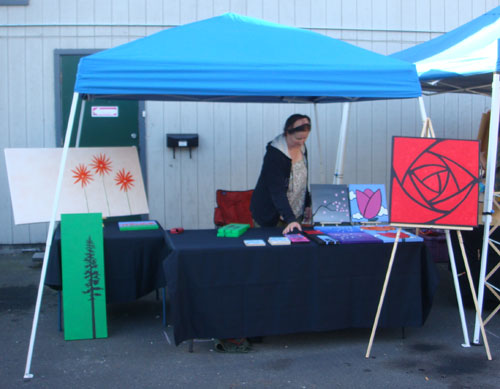 Street fair activities were planned from 20th up to 47th, but the main event, where the street was closed to cars and the booths and stages were set up, was between 33rd and 35th on Belmont, and extended out one block on either side on 34th from Morrison to Yamhill.

A temporary park, with real grass, was being assembled at the intersection of 34th and Belmont as I walked by. 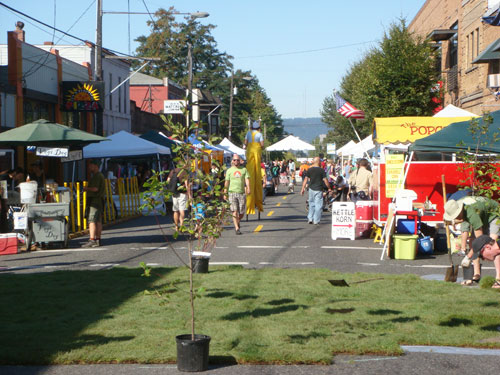 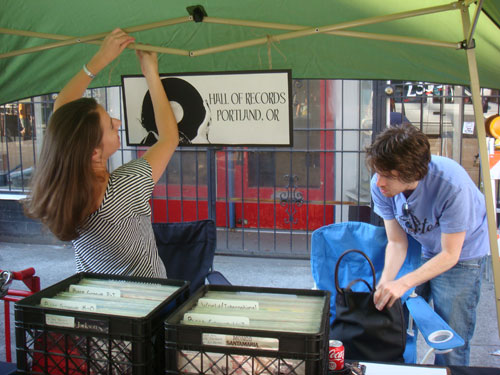 (And visit the Hall of Records blog for more Belmont Street Fair photos.)

By the time I returned to our booth Allison and Heather had everything set up. 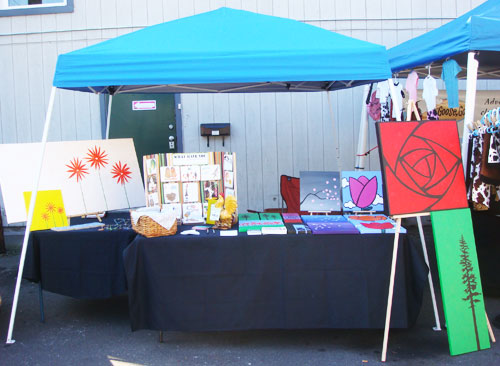 Here’s Allison’s what have you cards display. I thought the rooster was a nice touch: 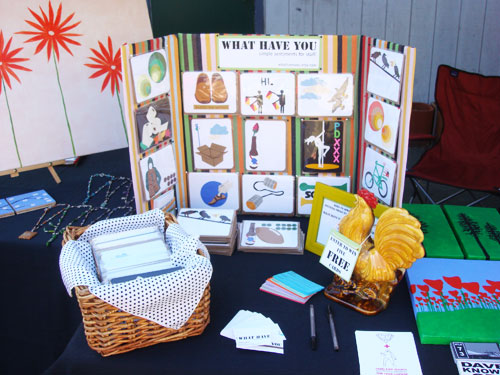 Quite a few friends stopped by to say howdy – thanks! Due to the heat we spent most of the day relaxing in the shade under the canopy, but we had opportunities to enjoy some of the activities, check out the other vendors, and drink a few beers in the beer garden. 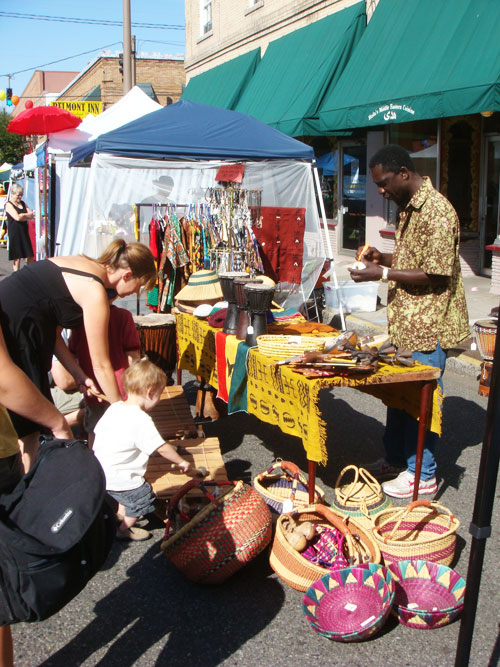 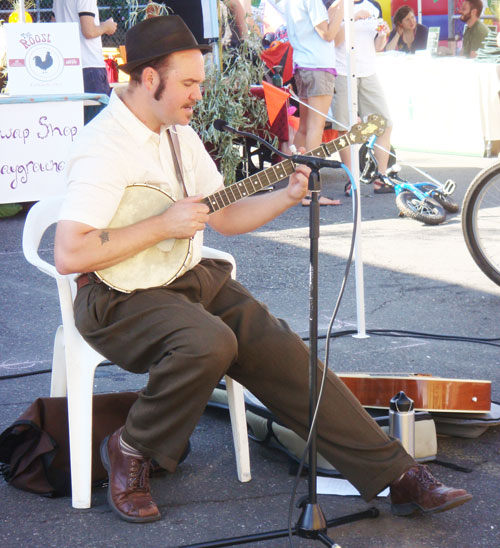 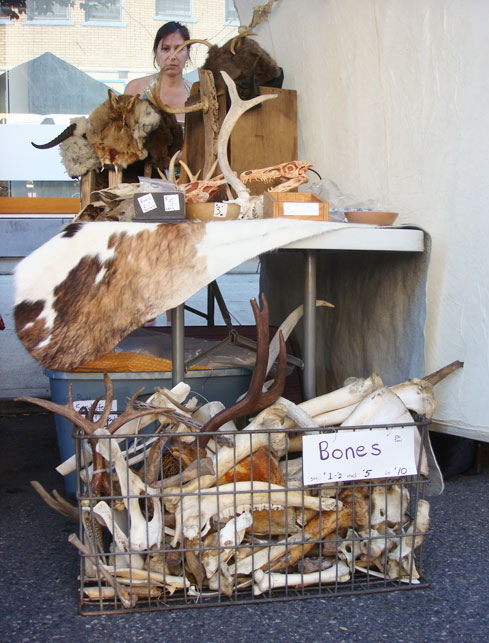 I like the manageable size of the Belmont Street Fair, like the Mississippi Street Fair you can take it all in with a short walk. I would encourage the bars and restaurants to open up more beer (and other beverage) gardens, and the fair organizers could do a better job making brochures or posters with lists of activities and times available to fair goers, but other than these small gripes, I don’t have anything to complain about. The Belmont Street Fair was a blast – I’ll be back next year. 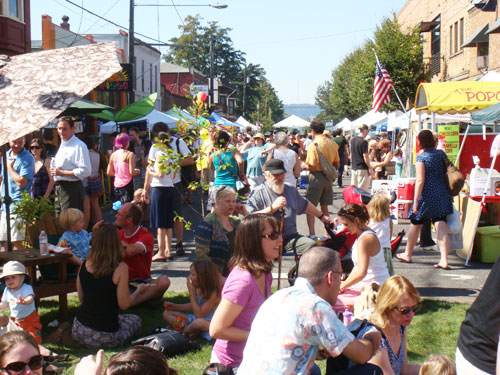