Join the Portland Timbers organization* downtown Saturday, June 12th at Director Park (815 SW Park) for a viewing of the USA vs England 2010 World Cup match at 11am.

*The Timbers team, however, will be in Florida preparing for a Saturday afternoon match against Miami

The World Cup match will be shown on one of those big ass truck-portable TVs used for these sorts of events, there will be a beer garden and at halftime the Timbers will reveal the new Timbers MLS logo (view the video clues on the TimberFC YouTube channel).

But be forewarned: Downtown will be a zoo – the Grand Floral Parade takes place the same morning, starting at 10am. I recommend coming in from the south, so you don’t have to cross the parade route on your way to Director Park. See the nifty map below. Director Park is between Park and 9th, and Yamhill and Taylor.

Another tip? Take transit. MAX and most buses are running mostly normally even during the parade Saturday. 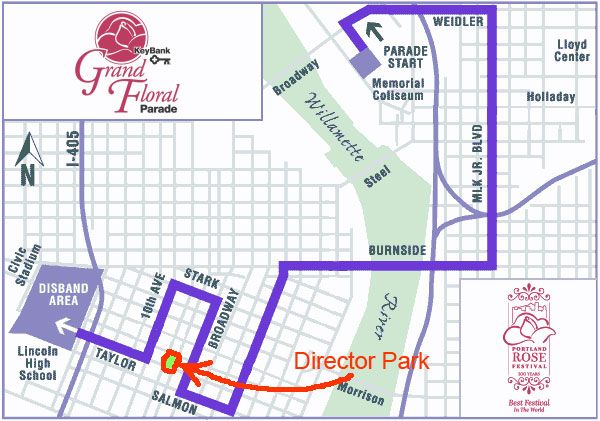