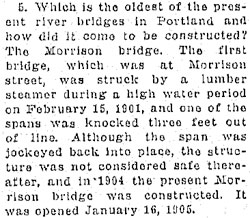 The Morrison Bridge we know today is the third such bridge at the same approximate location.

The first one was built way back in 1887, out of wood. At the time, remarkably, it was the longest bridge west of the Mississippi. According to the December 3, 1927 Morning Oregonian article pictured to the right, in 1904 it was struck by a lumber steamer, knocking one of the spans three feet out of line. Although the span was jockeyed back into place, the structure was not considered safe thereafter. 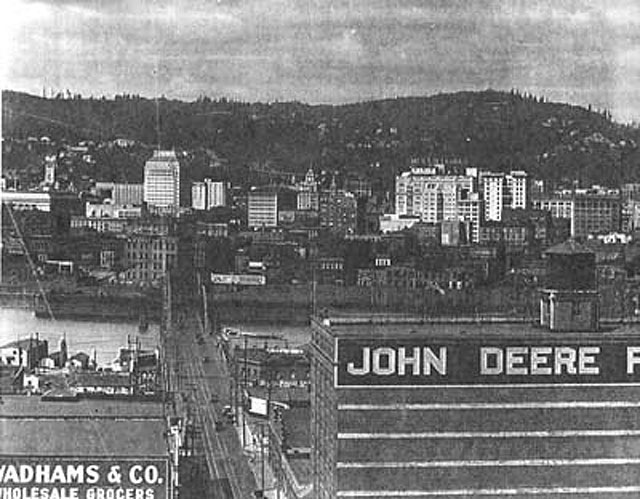 The third Morrison Bridge, the one we use today, was built in 1958.