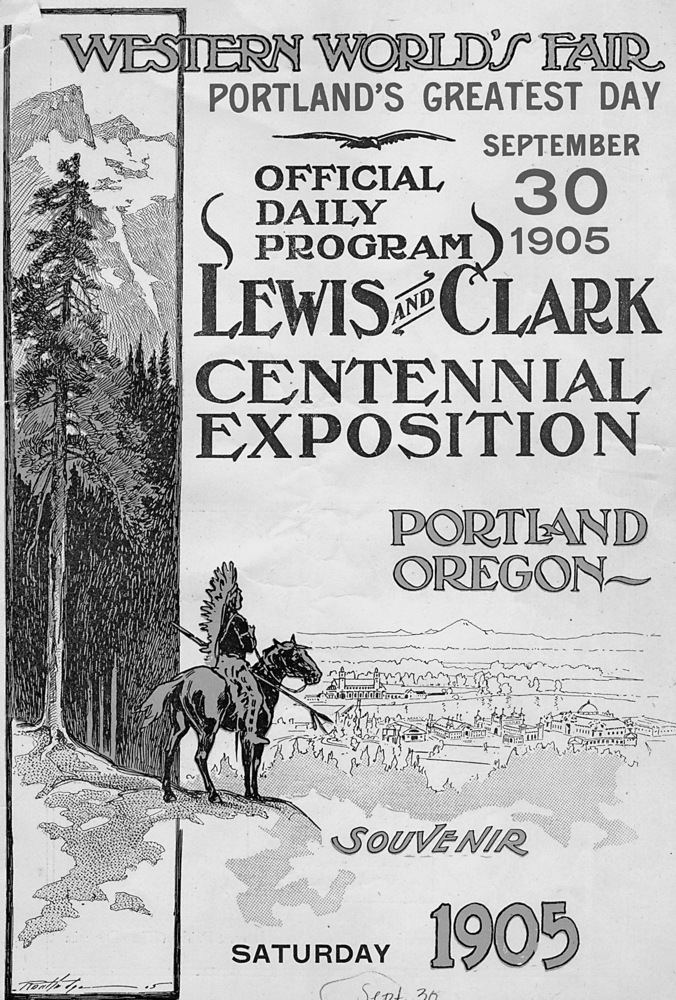 The Lewis and Clark Exposition marked the centennial of the Lewis and Clark expedition and thrust Portland into the international limelight. Opening day of the world’s fair (Portland’s first and only) was June 1, 1905.

A grand parade kicked things off at 10am at SW 6th and Montgomery.

Mounted police led off, followed by marching bands, 2,000 National Guardsmen, and more police to bring up the rear. As the marchers trooped up Sixth, their ranks opened in front of the elegant Portland Hotel to make way for the carriage of Vice President Charles Fairbanks. Their destination was Northwest Portland and the inaugural ceremony for the Lewis and Clark Centennial Exposition, where the opening-day crowd of 40,000 could listen to a dozen long speeches about the importance of Portland and the first world’s fair on the West Coast.

The 400-acre fairgrounds in NW Portland drew in excess of 1.5 million visitors during the fair’s four and a half month run. Portland’s population at the time was only about 120,000.