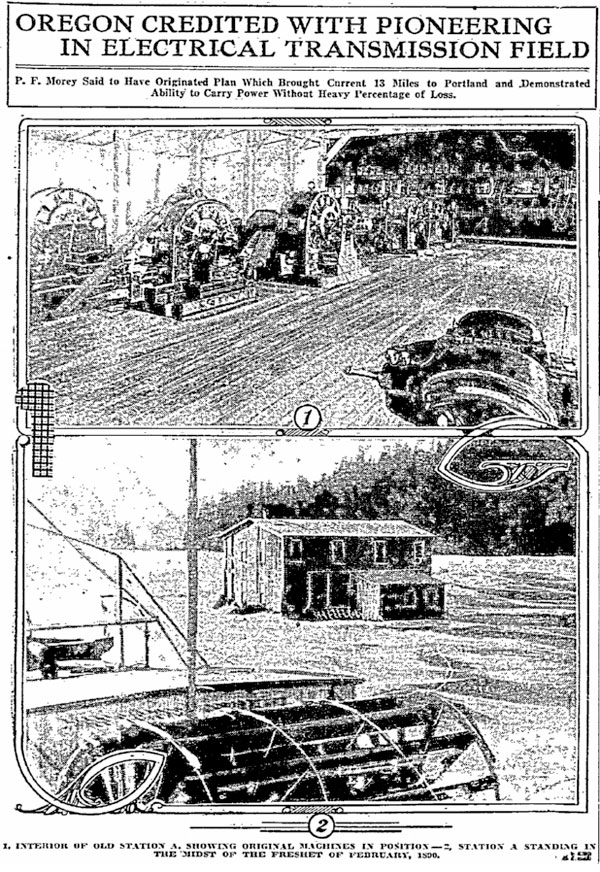 The first long-distance transmission of electricity occurred at 10pm on June 3, 1889.

The original station A at Willamette River falls was equipped with six 80-kilowatt 4000-volt single phase 125-cycle alternators. They were a departure from standard designs of that time in that the voltage was higher than ever before had been attempted.

The transmission line from the power plant to Portland, a distance of 13 miles, carried 4000 volts, and was made up of individual circuits running from the different generators in the power-house to the distributing system in this city.

The power lit up a string of 55 street lights at 4th and Main (where Chapman Park is today).