Guest post by Kristie! I have recruited several Dave Knows Portland Correspondents to help me cover Portland-area events, as I’m spending much of the summer in Astoria. Kristie and her fiance Dave volunteered to cover Zoo Brew 2011. They graciously contributed the excellent photos and notes below. Enjoy! 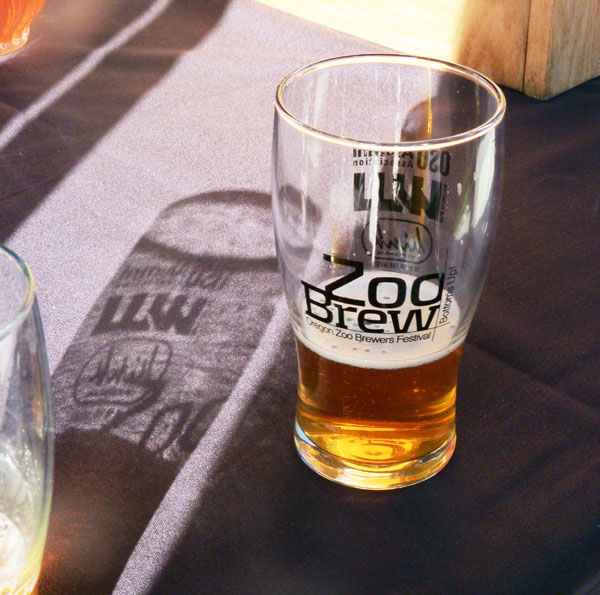 Dave and I took our assignment to blog about the Zoo Brew very seriously…. well, not seriously enough to take notes or have a plan but we drank and talked about our drinks so I’m sure that counts for something. We got there early and had first run at all of the booths – that has never happened to me at a beer fest before – made me feel like I was in on a pretty cool secret but the truth is I’m engaged to a man who likes to get everywhere early. Everywhere.

As far as venues for a brew fest, this has to be one of the better ones. The majority of the vendors set up their booths along the perimeter of the amphitheater and others under a covered awning to the left of the elephant exhibit. This left plenty of space to throw a blanket or camp chairs on the lawn or snag one of the picnic or cocktail tables set out for Zoo Brew guests. 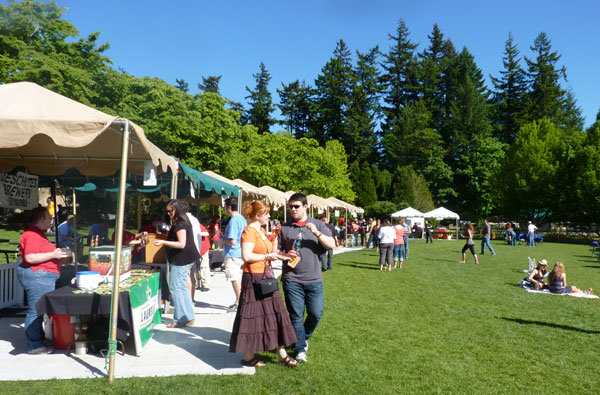 It was pretty cool to grab a beer and then take a walk to check out the animals – while a lot of the animals were sleeping, we did get to see the elephants, lions and some monkey/ape/chimpanzee-type animals. The orangutans sleeping in cardboard boxes were a highlight as well as a good reality check – something about seeing a human-like furry creature sleeping in a cardboard box that makes you think twice about how much beer you drank tonight… or ever really. 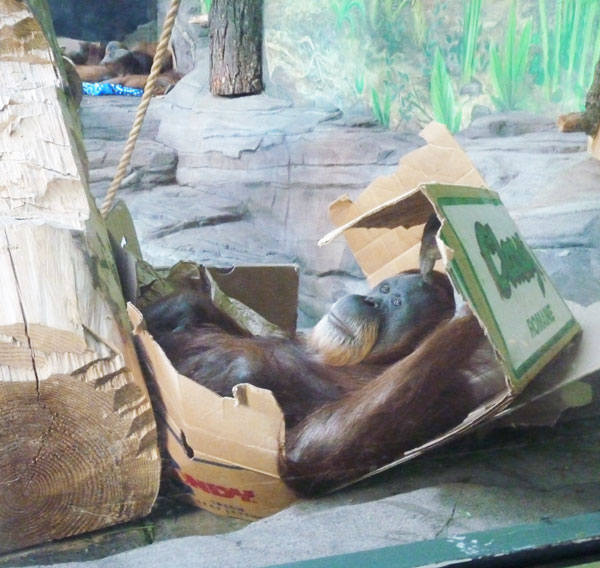 We ended up trying about 10 different beers – mostly summer ales given it was the first perfectly sunny day this year. We started with the Golden Valley Chehelam Mountain IPA which ended up being one of our favorites. We also really liked Widmer Brothers‘ Citra Blonde Summer Brew and the New Belgium Brewing Somersault. Some of the summer ales we tried were too light for our taste and we didn’t get a chance to taste some of the ciders (see the first paragraph about not planning) but we’ll definitely go back next year!

The music: We liked DJ Angry Little Man (dj) and Keegan Smith & the Fam (band). We didn’t stay long enough to see The Rolling Tones but I based on it’s many concerts and the music we heard, there is no question the zoo knows how to do music.

The food: Food was available but options were limited; bento and the zoo cafe – in fairness, we didn’t discover the zoo cafe until after we finished the bento so it may have been enough.