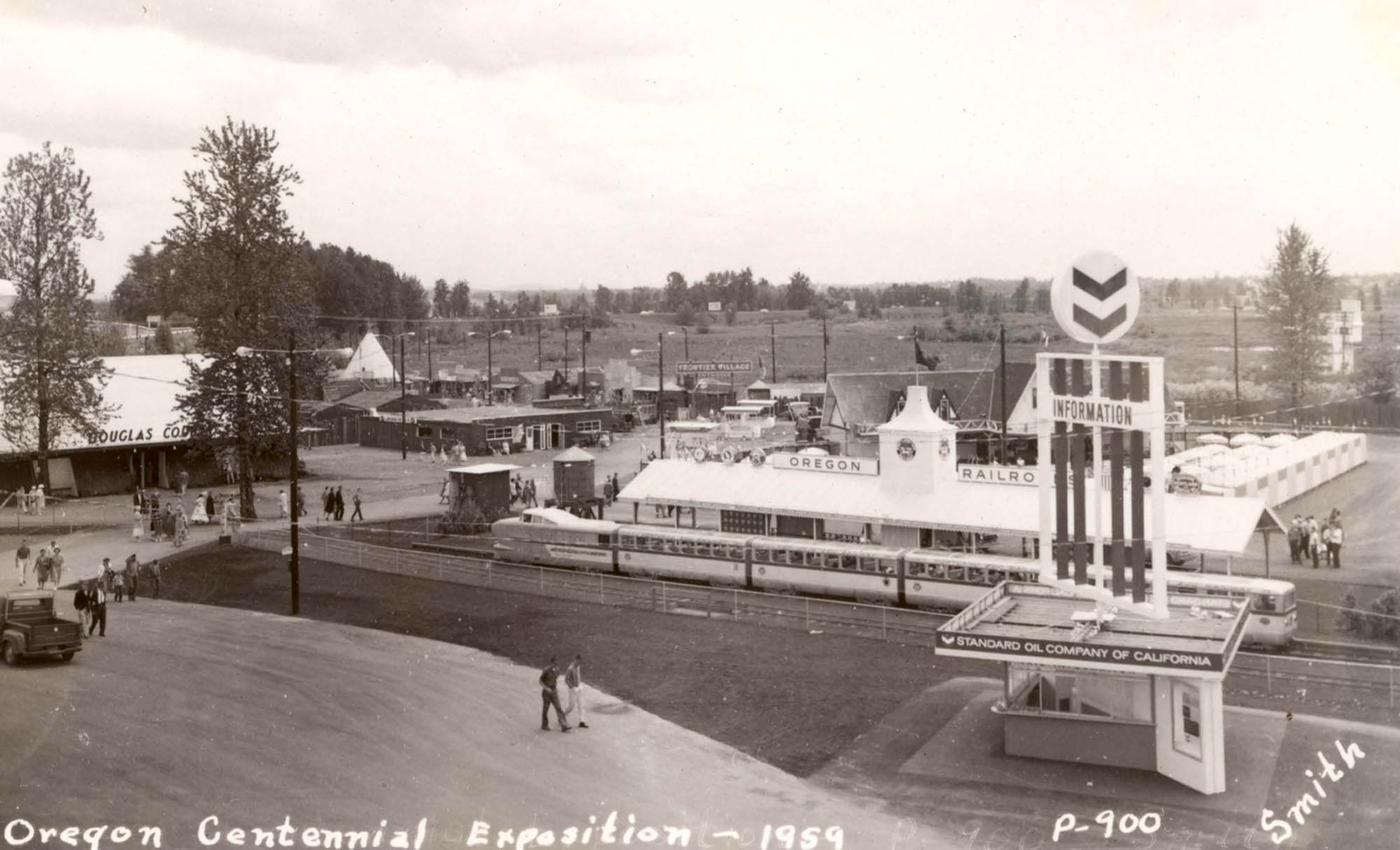 The Oregon Centennial Exposition and International Trade Fair opened with a hundred bangs on June 10, 1959 (The Oregonian, 11-June-1959):

Suddenly it was peopled and a show was born.
The howitzers cracked out their hundred rounds, jets swooshed above at ear-splitting levels, the speeches were made and the governor snipped the ribbon.
All at once as several thousands spread out over the 65 acres of the Oregon Centennial Exposition, the show that had been a headache, a worry, and the scoffers’ target had the ingredient that made it alive – people to look at the exhibits, ride the rides, have fun at the fair.

The 100 day long festival celebrated Oregon’s 100th year of statehood. The Kenton neighborhood’s famous 30-foot tall Paul Bunyan statue, which greeted about a million and a half visitors to the fair, is one the last remnants of the exposition.

The Oregon Exposition of 1959 entry at OregonEncyclopedia.com give a great summary of the fair, and check out the fantastic archive of Oregon Centennial photographs curated by the Salem Public Library.