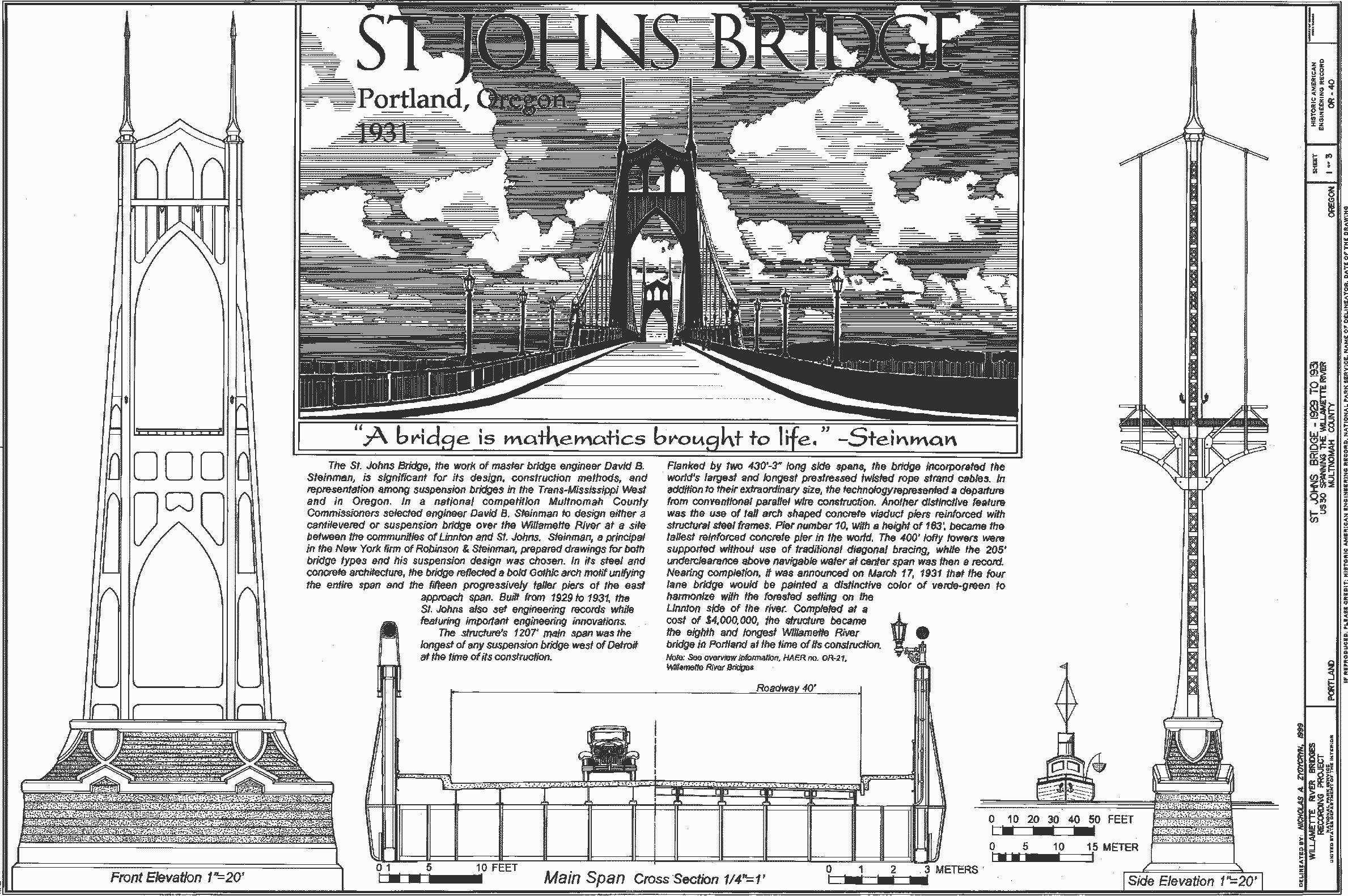 A huge parade preceded the opening of Portland’s newest bridge on June 13, 1931. The procession began at Grand avenue and Hawthorne and snaked its way out to North Portland where Rose Festival Queen Rachel snip-snipped the ribbon after County Commissioner German speechified (The Sunday Oregonian, 14-June-1931):

“It will make possible the starting of a new stream of traffic that would have been impossible before; it marks the surmounting of a barrier,” Mr. German said. “And we hope that the traffic justifies the expenditure. The work speaks for itself – R. Boblow, the resident engineer, is a wizard of bridge construction.”

The St. Johns Bridge, when it opened, was the longest suspension bridge west of Detroit. One of its piers, at a height of 163 feet, was the tallest reinforced concrete pier in the world. The 205′ underclearance above navigable water at the central span was a record as well.