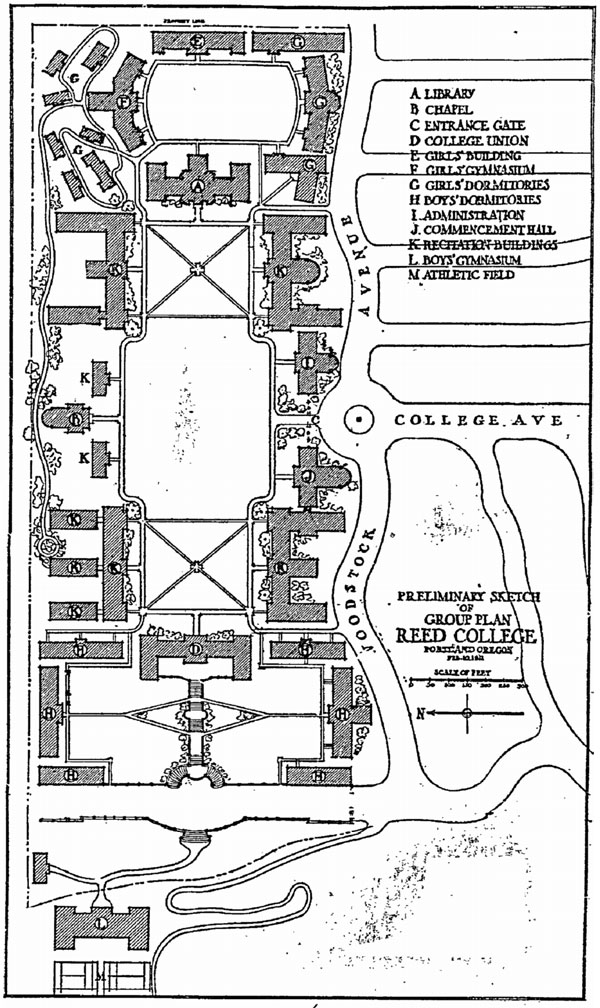 Portland’s Reed College, founded in 1908, offered its first classes starting on Monday, September 18, 1911 (Morning Oregonian, 19 September 1911). That first year classes assembled in the Assembly Hall of the Reed College constructed at Eleventh and Jefferson streets. Most of the fifty students registered came from Portland high schools, including Washington, Lincoln, and Portland Academy. Though coed from the beginning, in most of the first courses men and women were segregated because, according to president William Trufant Foster, essential differences between men and women, in interests, temperament, and plans for the future, demand that they be given different treatment in the class room.

Some other Reed traditions, however, have survived to this day. Intercollegiate athletics and fraternities and secret societies were excluded from the curriculum from the beginning, instead the students’ time would be devoted chiefly, to scholastic pursuits (Morning Oregonian, 18 September 1911).

The strict entrance requirements and the rigid standard of scholarship demanded, are designed to attract thither only the most capable students, to eliminate the type of students who attend college for purposes other than advancement of his own education, and maintain a quality of scholarship that will set a pace for other institutions of similar scope.