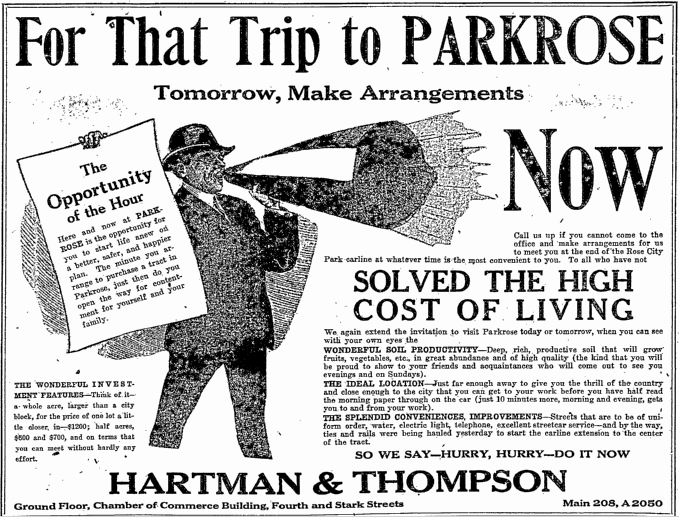 The Portland subdivision Parkrose was platted on October 5, 1911.

The hard sell had already begun, however, with a series of advertisements published in The Oregonian beginning in late September. A full page ad in the October 1, 1911 edition described, amongst other stupendous qualities of he neighborhood, Parkrose’s ideal location:

Just beyond Rose City Park, commencing at the junction of Sandy Road and Columbia Boulevard, lies Parkrose – all told over 800 acres – divided into half-acre and more tracts. The land lies beautifully – sloping gently from the main line of the O.-W.R.&N. to the Columbia River. Soil experts pronounce it the best garden and fruit land in the Northwest.

In 1911 Parkrose was literally out in the country, but plans were already afoot to extend the Rose City Park streetcar line to Parkrose. Rapid growth ensued.

The Parkrose community celebrated its centennial in 2011.