Beer, movies, pirates, and RVs: all bases are covered this weekend!

Dozens of Portland RV dealers and dozens of exhibitors will be on hand showing off their recreational vehicle wares. We recommend you make a bee line to the Airstreams! [more]

[T]he PHFF was established to be a provocative and enlightening cultural experience indicative of the rapidly growing Humanist movement in the Pacific Northwest. [more]

The phrase “Once in a Lifetime” applies to lots of things; first kiss, first love, first child. It’s the sort of stuff that keeps Hallmark rolling in dough. But Hallmark doesn’t have a card for the momentous event about to occur at McMenamin’s Bagdad Theater on November 11th: The entire city of Portland is getting turned up to 11 with the latest in Cort and Fatboy’s Midnight Movie series, “This Is Spinal Tap.” [more] 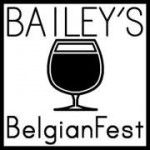 The Swashbuckler’s Ball is an annual fundraiser presented by Portland’s premiere pirate organization PDXYAR and The Dread Ship Outrageous Fortune. We offer a grand night out for pirates, scallywags, ne’er-do-wells and miscreants of every stripe. . . . While this is an event that appeals to the pirate in all of us, there is a serious side- at its core this event is a fundraiser operating to support worthy causes. [more]