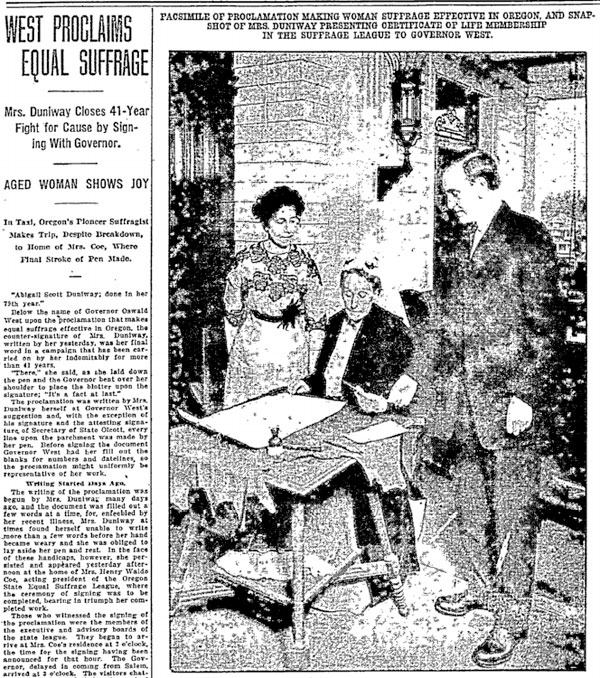 Below the name of Governor Oswald West upon the proclamation that makes equal suffrage effective in Oregon, the counter-signature of Mrs. Duniway, written by her yesterday, was her final word in a campaign that has been carried on by her indomitably for more than 41 years.

“There,” she said, as she laid down the pen and the Governor bent over her shoulder to place the blotter upon the signature; “It’s a fact at last.”

The proclamation was written by Mrs. Duniway herself at Governor West’s suggestion and, with the exception of his signature and the attesting signature of Secretary of State Olcott, every line upon the parchment was made by her pen.