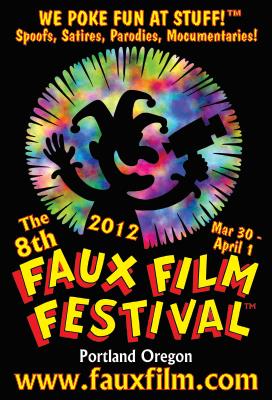 But what the hell is a faux film festival?

Visit the website for the full schedule, which is also available as a PDF.

More details, including ticket information and Faux Film Festival history, can be found at the awesome retro (i.e. 1997) website.