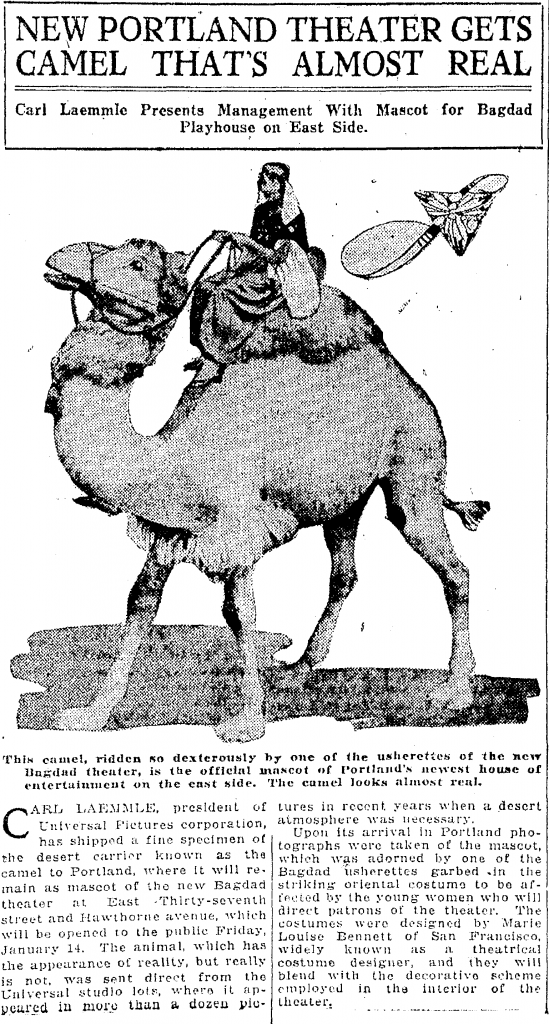 From “Her Big Night” on January 14, 1927, to “Fantastic Four” that’s playing tonight, the Bagdad Theater has endeared itself to generations of Portlanders, and endured the colossal volatility of the movie industry over the past 88 years.

Few expenses were spared and a church and cider mill were sacrificed to create this Eastside movie palace, dubbed an “Oasis of Entertainment.” Capitalized by the deep pockets of Universal Studios, the Bagdad was called “a triumph of artistry and craftsmanship.” In 1927, it stood as the city’s largest theater outside of downtown.

This event is part of the Hawthorne Street Fair, which will be happening outside the theater all day.