In the late 90s my brother Steve and I played in a local pinball league. I was never better than above average, but my little brother was good. Good enough to win the league and tournaments repeatedly. We were always on the lookout for new machines to test our skills on, and in 2001, Steve created PortlandPinball.com as a forum for local pinheads to discuss, amongst other things, locations of particular machines. Sadly the site is now moribund (though the Locations thread still has some life in it).

The site enables users to:

I don’t play pinball (or hang out in bars or drink as much Pabst) as much as I used to, but now I know where I can go to find Rollergames when I get the itch . . . What!?! According to the map, no Rollergames in all of Portland?! Sigh.

I walk down pinball memory lane after the jump . . .

In the 90s I had a Rollergames, and several other machines, in my bedroom: 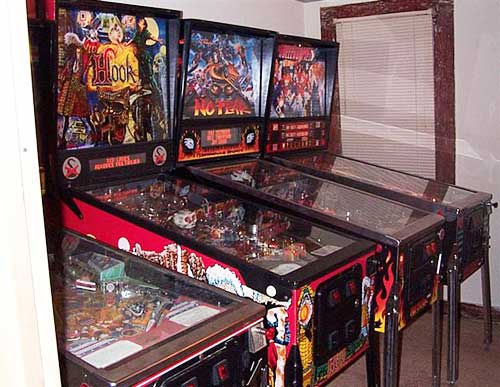 Why yes, I was a bachelor.

In my family we start pinball young. Here’s my nephew Andy getting a high score on High Speed, as Hale-Bopp looks on: 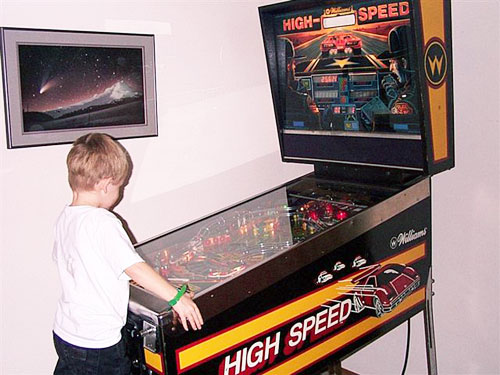 For a while I stored that machine in my kitchen: 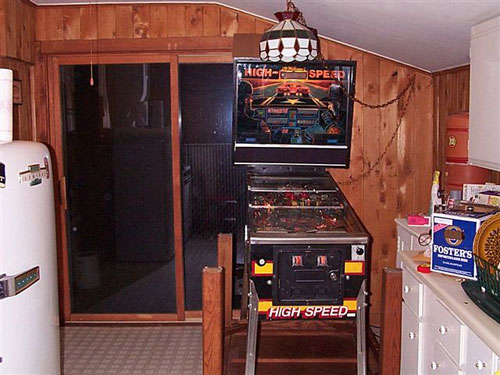