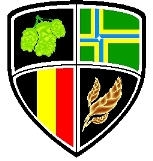 We made it to the NW Lucky Lab (1945 NW Quimby) Saturday afternoon to take in a bit of the Cheers to Belgian Beers. I say a bit because we were only there for about an hour (we had to get to the Timbers game!), long enough to try five beers and to witness the Great May 2nd Storm of 2009.

I didn’t take any tasting notes – I seldom do. But I think I can remember a bit about each of the beers I tried:

I enjoyed Amnesia’s Double Whammy enough to go to the brewpub Sunday hunting for a full pint (I succeeded).

Deschutes Portland Pub’s Streaking the Quad was the strongest beer I tried, at 9.4% alcohol, and also the best.

In homage to my girlfriend, I always try the Heather beers, and Frauline Heather from Silver Moon Brewing was quite good (I’m quite fond of Fraoch Heather Ale).

This was the first time I’ve made it to Cheers to Belgian Beers. The festival had the same issues with crowds and badly laid out pouring stations that most indoor beer festivals have; but the lines weren’t too long if you could figure out where they started or if there was a line at all. I enjoyed all the beers I tried, and I don’t believe there were any IPAs present, though if there had been a Belgian style IPA I would have wanted to try it!

Some other folks have more to say about the festival than I do: