The star attraction at the National Train Day event at Portland’s Union Station was the SP 4449, which used to pull the Southern Pacific Coast Daylight coaches from LA to Portland. It’s one of three locomotives owned by the city. Visit the Oregon Rail Heritage Foundation website for more information about the other locomotives and learn about the foundation’s efforts to build a permanent home for these historical locomotives and other rolling stock. 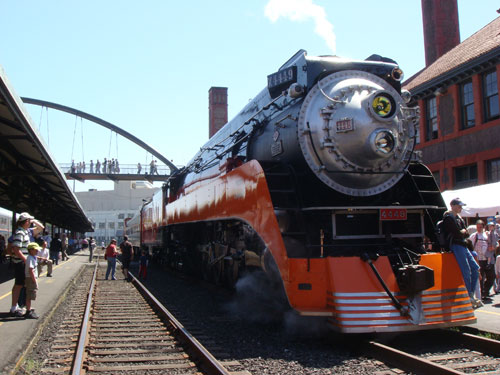 The last time we checked out an old locomotive we regretted not bringing a thermos full of hot cocoa. This time the regretted substance was sunscreen. 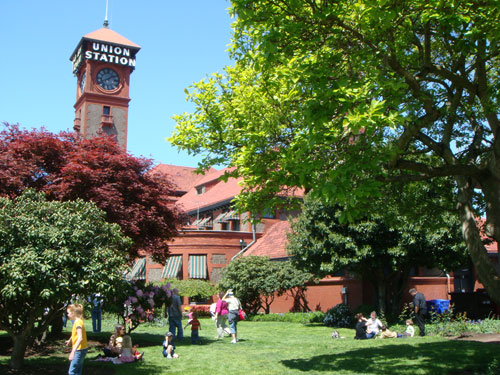 I dig the retro-futuristic art-deco-ish graphics on the National Train Day poster. 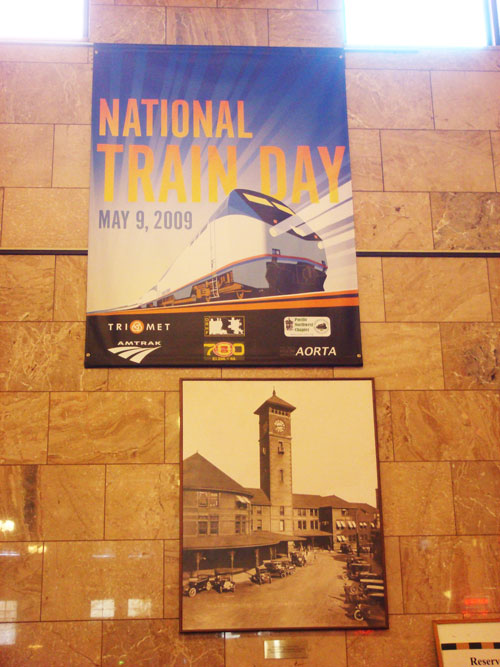 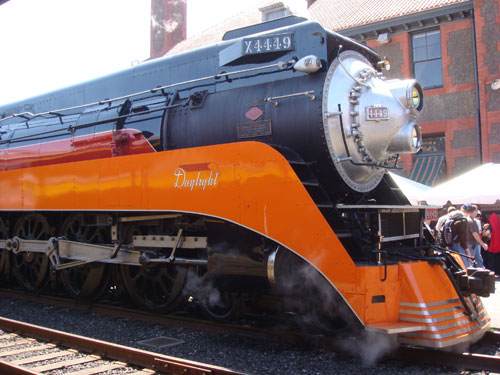 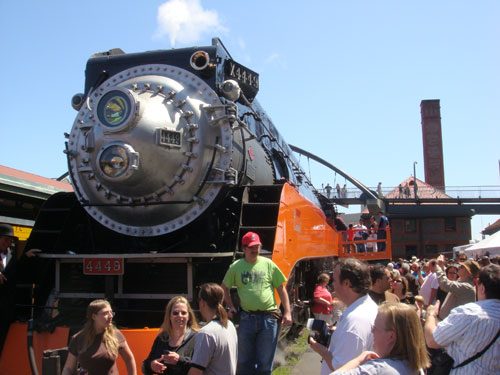 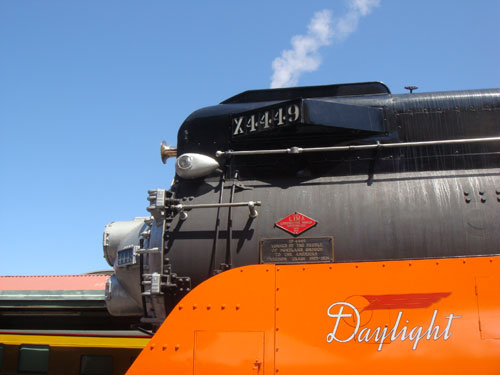 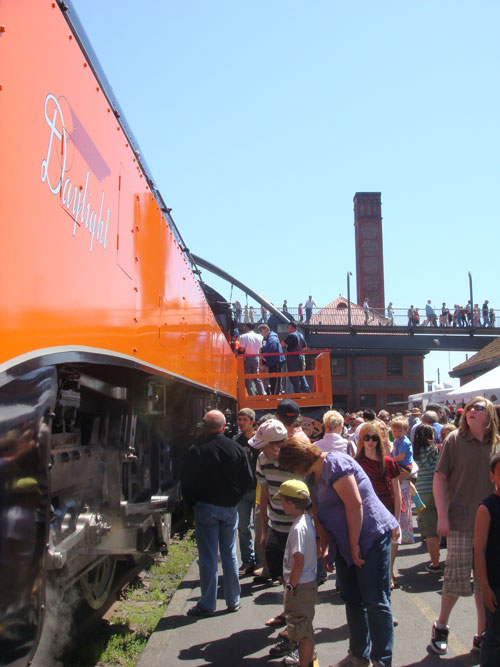 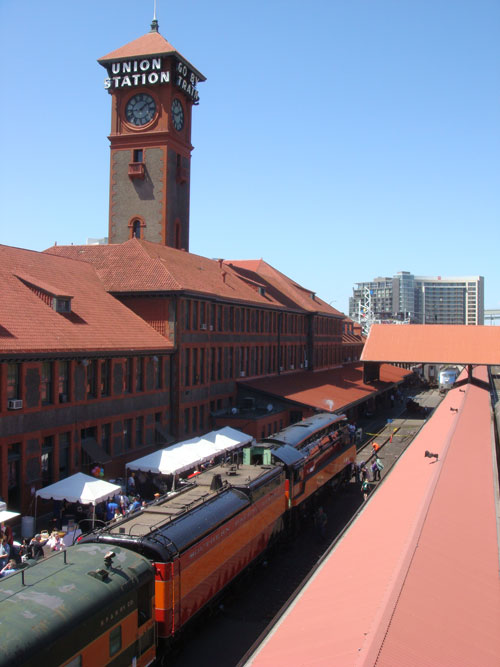 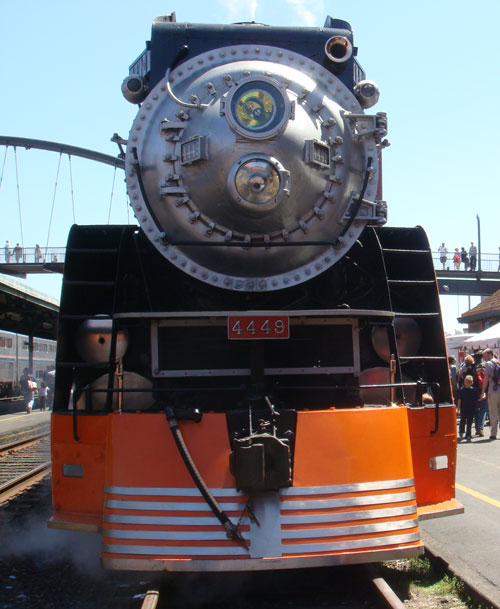 Most of these photos courtesy Mile73‘s Heather!