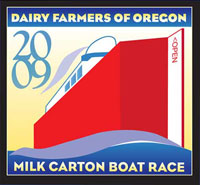 After years of anticipation, I finally made it to my first Rose Festival Milk Carton Boat Race. And to be frank, I was a little disappointed. For one thing, there was no beer garden. Now I suppose this could be because the event is family friendly, and the Dairy Farmers of Oregon, who sponsored the event this year, are more interested in pushing milk than beer. I understand this. But we’re in Oregon, after all: family friendly and beer soaked are not mutually exclusive. So, if the organizers of next year’s event read this, I have two words for you: Beer Garden.

Also, I was hoping for more thrills and spills, as it were. We only saw one boat disintegrate all day, and though many rafts appeared to be always on the verge of tipping over, we didn’t see it happen even once. A large part of why there were so few tipped over and disintegrating boats (which used to be a much larger part of the event, if I can trust my memory of the television coverage I saw in my childhood), is that most of the boats were made with plastic milk jugs, not cartons. There were two or three purists, but the majority of boats were made with rafts of gallon milk jugs duct-taped together. It’s much more difficult to reseal cartons air tight than milk jugs. If more boats had been made with cartons we’d have seen more boats slowly sink as their pilot furiously paddled in a comic manner. Way more fun!

But, all in all, it was a fantastic event, and we had a fantastic time. We packed a picnic lunch, partook of a free root beer float (which must have been the first one I’d enjoyed in 20 years), took lots of pictures, and grabbed a beer at Oaks Bottom Pub after the festivities.

Photos after the jump

The sky was forbidding. 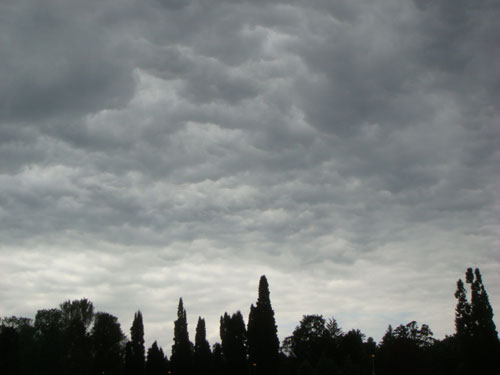 But that didn’t deter the crowd. 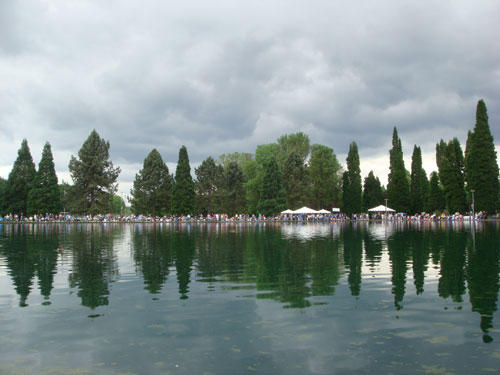 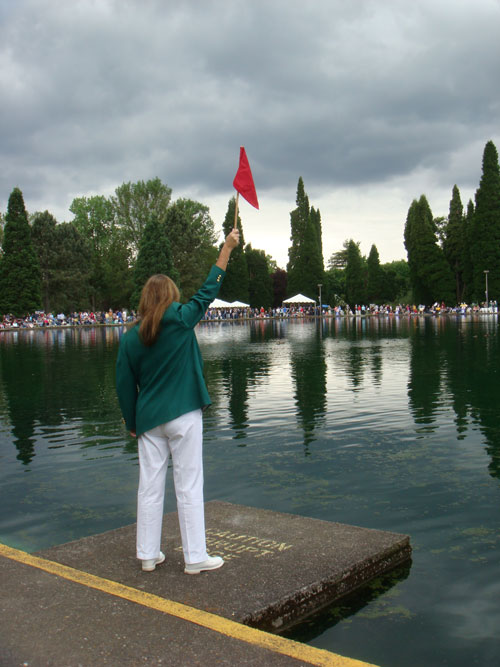 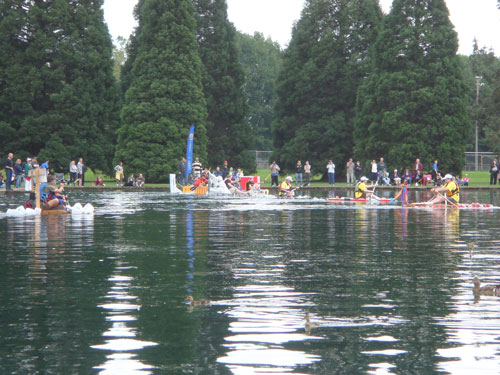 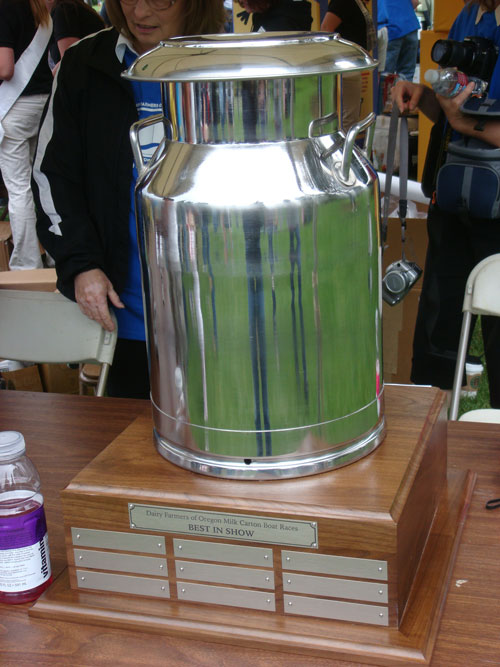 The purist: a milk carton boat, piloted by a cow! 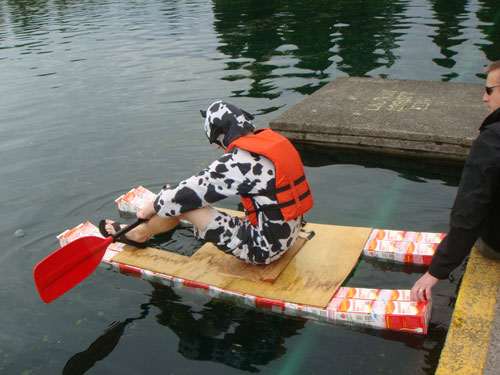 Heather has more at Mile73.com: At The Milk Carton Boat Race.