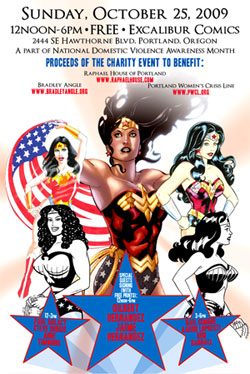 From noon until 6pm, fans can take photos with Real Live Super-Heroes & Heroines and see an exhibit of top Wonder Woman collectibles. And you are encouraged to bring your kids and dress up as a super hero.

Now if only they could conjure up the mid-70s Lynda Carter . . .