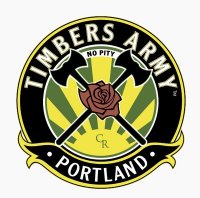 Come on out to my neck of the woods for this month’s Timber’s Army Third Saturday, which takes place this Saturday, January 16th at Maui’s (3508 N Williams) – anytime after 7:01pm.

Enjoy cheap drinks and pints and maybe a bit of pool. The gathering will also afford you the opportunity to discuss plans for attending the upcoming Portland City Council meeting on Wednesday, January 20th with your Timbers Army brethren. [Update: looks like it has been postponed – I’ll update when I know more]

The first city council reading of the final plans to renovate PGE Park is scheduled for Wednesday, January 20, 2010. This ultimately will be followed by a council vote the next week, but it is crucial that we have a large presence at the reading as the Timbers look to finalize one last piece that will clear the way for MLS in 2011 and the council debate generally happens at the initial meeting.

It is extremely important that we show up in force in support of approving the final binding deal for plans for MLS at PGE Park.

This meeting could be pushed the January 21st and we will update you if that happens.

(Check out the Facebook event page for more information.)