The name was chosen from over 3000 submitted entries. Pioneers, with 157, had the most entries, but was rejected since Lewis and Clark College already used the name for its athletic teams. Some of the other finalists included Trappers, RainDrops, Stealheaders, Oregonians, and Volcanos. The Timbers name was submitted 12 times.

Below is a copy of the entry form that appeared in The Oregonian from February 23rd through the 25th, 1975. 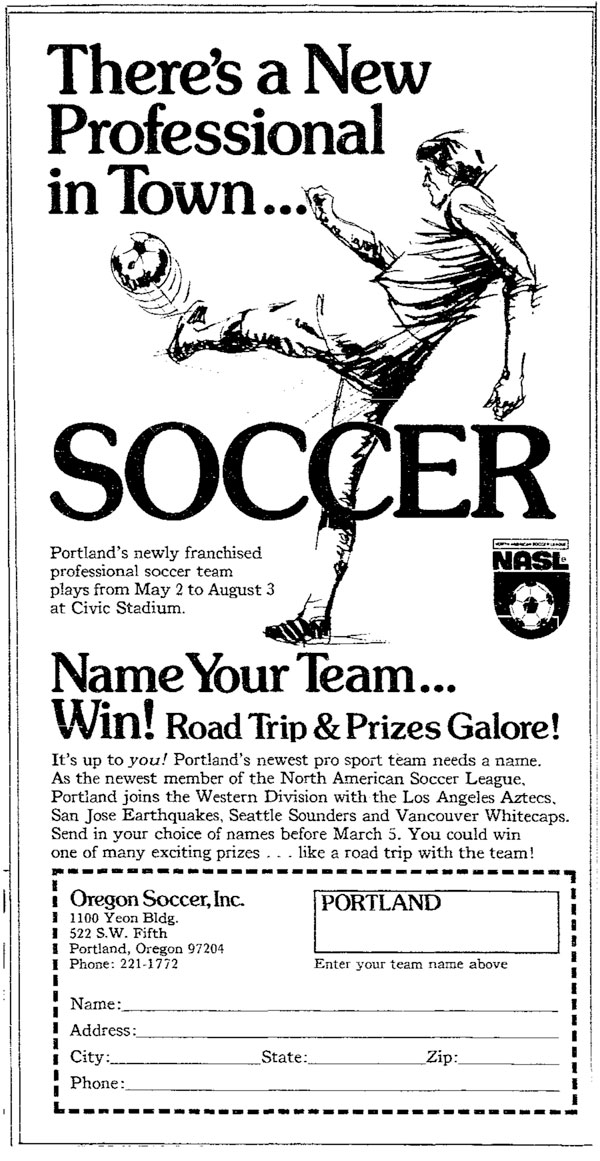