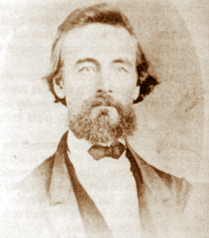 Americans have a long history of facing irrational or out of proportion fears with force of arms.

In the days after the Cockstock Incident the Oregon Country’s anxious pioneers endeavored to establish a militia to combat “hostile” Indians. On March 11, 1844 the provisional government passed a bill establishing the Oregon Rangers.

Pioneer Thomas Dove Keizur (or Keizer – sources differ), for whom Keizer, Oregon is named, was the first captain.