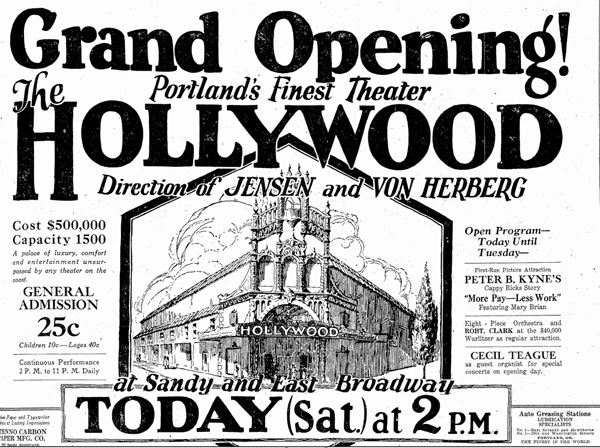 Standing stately in a Byzantine way at the corner of NE Broadway and Sandy in the Hollywood Neighborhood (which took its name from the theater), the Hollywood Theatre today is run as a not-for-profit organization with a mission to entertain, inspire, educate and connect the community through the art of film while preserving a historic Portland landmark.