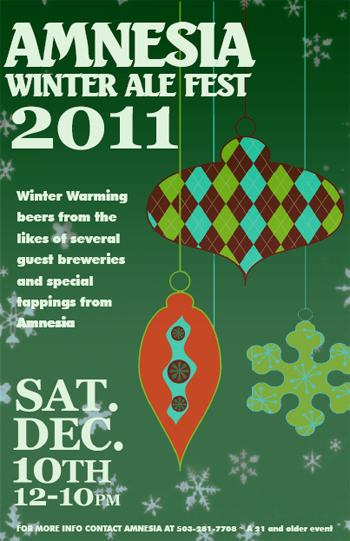 According to The New School, $20 gets you the Winter Fest glass mug and 10 tasting tickets.

This fest features several Amnesia beers, including two vintages of SleighJerker and Frosty’s Revenge, and a new one called The Milk of Amnesia:

A strong Milk Stout never before brewed by Amnesia. Made with loads of dark, roasted malts, flaked oats and Lactose (milk sugar) which leaves unfermentable sugar in the finished beer creating a sweet, creamy body.
6.5% abv, 25 IBUs
*Also featuring a Fest only version with a whole vanilla bean added.

The fest runs from noon until 10pm, must be 21 or over to attend.