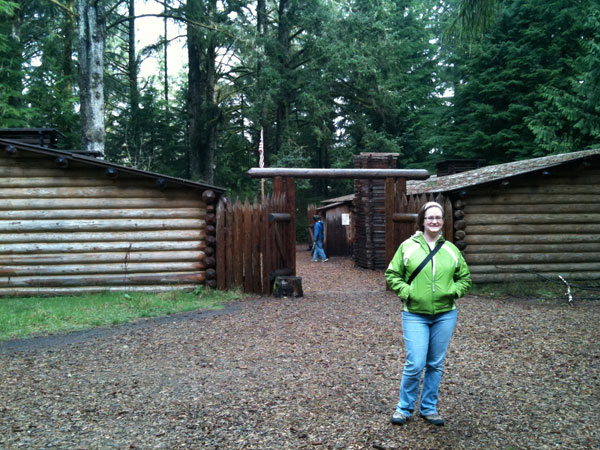 Members of The Lewis and Clark expedition spent the winter of 1805-1806 at the hastily constructed Fort Clatsop at the mouth of the Columbia River.

Probably built of fir and spruce logs, the fort measured only fifty feet by fifty feet, not a lot of space for more than thirty people. Nevertheless, it served its purpose well, offering Expedition members shelter from the incessant rains of the coast and giving them security against the Native peoples in the area.

Local community members built a replica of the fort in 1955 to celebrate the sesquicentennial of the Lewis and Clark Expedition. Alas, in 2005, just as celebrations of the bicentennial were beginning, the replica fort burnt down. Hundreds of volunteers rebuilt the fort, now a National Memorial, and on December 5, 2006 the new replica fort was dedicated.