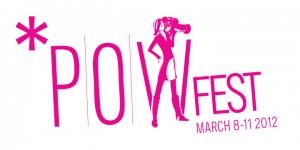 As the only film festival in Portland exclusively dedicated to showcasing films directed by women and encouraging women to take on the director’s chair; we are one of only a handful of festivals in the U.S. dedicated to women-directed film. With each year, the festival has continued to grow. Attendance has more than doubled and ticket sales have increased by 75%, exposing more works by women to the film-going community.

Jurying submissions of over 400 films from female filmmakers around the world, POWFest organizers strive to include a broad collection of films by a range of filmmakers that include first-timers to veterans who have been working in cinema for many years.

Over 30 directors will be in attendance this year!

Visit the festival website for the full schedule and other event details.