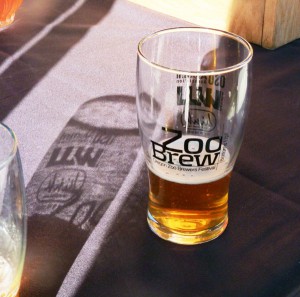 Kick off the dog days of summer in style and raise a glass to the Oregon Zoo. Bring your pack to sample artisan beer and cider from more than 60 regional breweries. Shake a tail feather to the premier party sounds of Cool-Ade on the concert main stage and DJ Angry Little Man.

Workshops will be offered as well, on topics including Debunking beer myths, Introduction to home brewing, Wild brew: exciting styles and additions, and more.

Tickets are $35 (unless you got them before May 16) and include a commemorative tasting glass, 10 tasting tokens (extra tokens $1 each), and admission to the zoo after 4pm. This is event is 21 and over only! Proceeds directly support the Oregon Zoo’s efforts in the areas of animal welfare, conservation, education and environmental sustainability programs and activities.