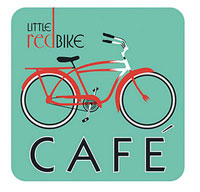 A few months ago I stumbled upon the eponymous blog with the stated purpose to document the process of building a restaurant in our beloved hometown of Portland, Oregon.

I too am a native Portlander, and I too aspire to open a cafe/pub/restaurant/bar someday, so I was naturally intrigued.

The first post tells the story of how Ali and Evan realize a restaurant is in their future:

Perhaps it was the morning when the whipped cream exploded all over the kitchen, and all we could do was laugh despite the thick coating on the ceiling, walls, cabinets, and even in- between the stacks of plates. Or maybe it was when the nice woman returned to our booth at the Farmers Market moments after eating a small pint of our creamy roasted red pepper and tomato soup with garlic cheese croutons, only to ask if she could buy it by the gallon (literally). Whatever it was, it wasn’t long before we realized that this could no longer be a part-time job for us, it was our future. Now we find ourselves “self employed,” excited and anxious to build The Restaurant.

Over the next few months Ali and Evan guide us through their search for the perfect location, the quest for a durable ice cream machine, their vacations, their meals, their coffee supplier, and sundry other trials and tribulations related to building a restaurant in Portland, Oregon.

I recommend starting at the beginning, and scrolling backwards (forwards?) through the blog to witness the restaurant blooming, but also make sure to go visit The Little Red Bike Cafe:

Summer comes to an end, but the warm weather and festivals continue unabated through September.

There’s not much going on this particular weekend, however. Have some friends over, buy some beer, grill some flesh.

If you itch to get out, the North Park Blocks are the setting for the 11th annual Art in the Pearl arts festival. I went last year and being the philistine I am, wasn’t too thrilled, but there is plenty of art to peruse. Lots of food vendors too (but no beer garden!?!?!). There’s also live music and hands-on activities for kids and adults.

A few blocks west the Pearl District is hosting its annual Labor Day Sidewalk Sale. (This is not the sort of thing I would usually feature, but the pickings are slim this weekend.) Over 45 stores are participating, so there will be plenty to choose from. Restaurants and bars are staying open too, so you will be able to slake your thirst while you max out your credit cards.

But the rest of the September, that’s a different story. September is my favorite month in Portland. Those who know me know that I live for the Fall beer festival, and there are plenty. Check out the calendar and plan your weekends . . . I’ll be reminding you as each festival approaches!

If the rest of the world thinks Major League Soccer is a Mickey Mouse league, what would they make of the level below that, the United Soccer Leagues First Division? Well, if they saw the crowd from the Portland Timbers final regular season home game of their USL season, they might think it’s a level above MLS. OK, maybe that’s stretching it, but 15,833 is a mighty impressive number

Rose City had over 15K+ souls in attendance last night for their last home game of the season (vs. Charleston Battery). And this is after gone without a win in the last seven matches. Folks, that is true passion. That is true support. Those are true fans.

UPDATE – and yet another:

Dave’s Football Blog: Is Portland Making a Case for an MLS Club?:

That’s a huge turnout for a USL-1 match. This is a league which had an average attendance of 4,667 for regular season games last year. Wigan can’t get 15,000 paying customers on a weeknight.

Holy shit, Timbers even get love from the crafty-blog world:

Blue garter – When I root, I root for the Timbers:

They call themselves the Timbers Army, and stadium management graciously allows them to bring in enormous flags on eight-foot poles, drums, trumpets, cowbells, inflatable dolphins, streamers, and green smoke bombs. They never sit down during the match, and neither do they shut up. For the 90 minutes of the game, plus the warm-up, half time, and a good fifteen minutes after the victory, they were in constant song, chant, and heckle.

And let’s not forget the previously mentioned . . .

. . . and the drought finally ended in the 81st minute, thanks to Justin Thompson. The crowd went wild! The flag was unfurled again at last! Owner Merritt Paulson came racing down the steps between 106 and 107, and racing back up, high-fived fans all the way! Timbers-colored smoke rose into the air! I was baptized in someone’s beer! And then at some point UP keeper/TA capo Dan went aloft, passed up through the crowd!

. . . last night’s crowd was young – as in “young adult” – hip and, to be blunt about it, pretty damn hot. We’re talking young people dressed tight and trendy. To take a bit of a cheap shot (but, hey, I’ve earned it), of all the adjectives in the world, “hip,” “pretty damn hot,” and “trendy” very rarely apply in these United States. Based on first-hand experience with crowds in numerous professional soccer towns, soccer simply isn’t what the beautiful people do.

Moxie Rx, in the lot just north of the Rexall Building at N Mississippi and Shaver, is the place to be Monday nights in late summer. Outdoor movies are the reason:

Come down tomorrow night for a special menu of hot dogs, beer and lemonade.

Gravy (3957 N Mississippi) is known for its breakfast (and the 30 people out front Saturday and Sunday late mornings waiting to get in), and rightfully so.

But Gravy also has a happy hour . . . and Gravy Fries.

I tried them for my first time last night. As I have long been searching for poutine in Portland (which I’ve found), I thought I’d give them a try to see how they compare.

They hold up quite nicely. The pleasant surprise was the shredded cheddar on top. I understand our New Jersey and New York brethren refer to gravy fries with cheddar as disco fries.

The gravy is rich and plentiful, with mushrooms and bits of unidentifiable vegetables. It was a bit too salty, but perhaps one of my companions got to the bowl first with the salt shaker; I will have to investigate.

You can pick at the crispy fries at the top with your fingers, but I recommend a fork (or maybe even a spoon) for the majority of the fries deep in the bowl. After I’d downed the fries, a bit of gravy remained at the bottom of the bowl. I snagged a few fries from a companion’s plate to soak up the goodness.