Real talk about real football, not this Super Bowl crap!

Excited chatter about Denver away, which will be 44 long days away!

Yup, we’ve got it all. You just need to come. Discounts apply with your 107ist card. Bring it! See you then. RCTID.

See you there – festivities as usual kick off at 7:01pm! 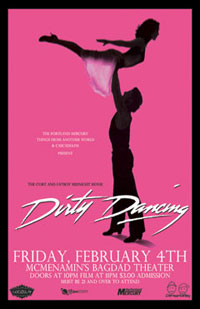 The February 2011 edition of Cort and Fatboy’s Midnight Movie takes place this Friday, and it’s a doozie: Dirty Dancing.

It’s a classic. A camp classic. But it is also very, VERY educational. There are some very valuable life lessons in the film:

1) Never show up to an important occasion with nothing but a watermelon
2) Disappoint Jerry Orbach at your own peril
3) Always wear a condom
4) Sometimes, nose jobs are NOT the answer, and most importantly . . .
5) Nobody puts Baby in a corner.

Ugh, if you say so – I think this one might require an extraordinary amount of beer . . . 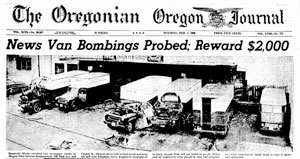 On January 31, 1960 ten trucks belonging to contract haulers for the Oregonian and The Oregon Journal were blown up with dynamite.

There was a strike and a lockout going on. The Stereotypers Union went on strike first, followed by almost all the other unions.

Something that was never quite settled was what motivated Levi McDonald, and who paid for the dynamite?

The unions condemned the bombing as quickly as the press and public, and even contributed $1000 of the $2000 reward money. 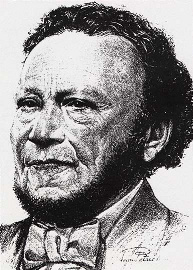 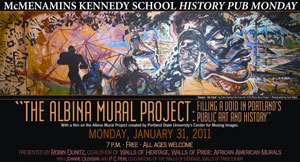 The Albina Mural Project: Filling a void in Portland’s public art and history is the topic for the Monday, January 31, 2011 History Pub at the Kennedy School Theater (5736 NE 33rd).

In the late 1970s, a group of several artists of color created murals and sculptures that hung outside for five years in the historically African-American Albina neighborhood. They worked to depict the history of black culture, both within and outside America, aiming to fill in the gaps left by silent history books. Mural scholar Robin Dunitz will explain the context in which the artists worked and the impact the project had on them and the community.

Join event co-sponsors Oregon Historical Society and Holy Names Heritage Center at 7pm Monday for a beer and history! Admission is free and this event is all ages. Please bring canned food donations for the Oregon Food Bank!