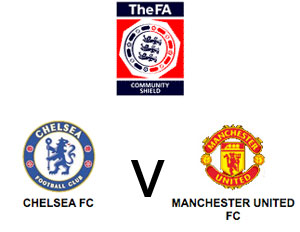 Since the demise of ORblogs, several Oregon blog aggregators have come, and gone. None of the survivors quite live up to ORblog’s legacy, but several are making a valiant effort.

I’ve aggregated the aggregators below, with brief reviews:

Probably the most comprehensive of the new Oregon blog aggregators, ignOregon is simple to navigate and makes it easy to add your own blog. Like ORblogs before it, the number of clicks a post receives is recorded, the most popular posts are highlighted in the sidebar, and you can peruse by blog city. There’s no registration requirement.

ORegon Blogs never quite lived up to its promise as a potential replacement for the original ORblogs. Frankly, the site appears to be abandoned, only limping along with posts from a handful of blogs, and vague about its mission (the About page calls it a political Web site, but there’s no indication of that elsewhere on the site). And I get an Apache error when I attempt to submit my Feedburner RSS feed 🙁

Portland Things is simple – no voting up or down, no recording of clicks. But it’s nice looking, and easy to use. Blogs are submitted using a form, and are listed by general topic (e.g. tech, cycling, food) on the homepage sidebar. Aggregated blog posts from Portland blogs are displayed on the homepage with blog post title, blog name, and a short excerpt. This is my favorite of the aggregators. Simplicity is sometimes best.

Bend Blogs, naturally, focuses on content from and about Central Oregon. In addition to the chronological aggregation on the homepage, it’s searchable, or you can explore by tags. A convenient list of the aggregated blogs and their RSS feeds appears in the sidebar.

The 2009 Filmed by Bike film festival kicks off Friday, April 17 with an Opening Night Throwdown – a street party on Clinton Street between 25th and 26th with a beer garden, entertainers, music and more. It runs from 6pm until 1am. Tickets for the films go on sale a half hour before each showing, and you can have a beer while you’re waiting in line. Thanks to Mike Vogel for the ticket tips, and make sure to check out his film at the festival, Claire Rides a Bike!

Now that spring is here and the rain has stopped (ha!), you probably need shiny new soccer gear. Far Post Soccer Supply‘s annual spring sale is going on right now. Lots of stuff is on sale. In particular club replica apparel is 30% off, and national club apparel is 40% off. Sale ends Sunday, April 19th.

Calling all comics nerds! As you no doubt already know and have already blogged about (nb: all nerds have blogs) the 6th annual Stumptown Comics Fest is this weekend at the Doubletree Hotel (1000 NE Multnomah). Check out the exhibitors and guests here, and the schedule here.

Support your local record store Saturday, April 18th: it’s Record Store Day. Record Store Day is an international celebration of independent record stores. To participate a store must be a physical retailer whose product line consists of at least 50% music retail, whose company is not publicly traded and whose ownership is at least 70% located in the state of operation. OregonLive’s Pop Music blog tells you all about it here, and Mayor Sam Adams has officially proclaimed Saturday to be Record Store Day in Portland. Find local participating stores here.

For even more vinyl Saturday head up to upper Hawthorne for the Night Owl Record Sale at the Portland Eagles Lodge (4904 SE Hawthorne Blvd).

Sale runs from 5 to 9pm Saturday, April 18th. Admission is $2 Admission ($15 early bird). Records, food, and drinks will be available. Hat tip to Justin (Dusty Nuggets and Hall of Records) for the reminder!

Eat Mobile, the food cart fest, is back again this year in a new location – the Disjecta space at 8371 N. Interstate Avenue. It runs Saturday, April 18 from 5:30 to 9:30 pm. Admission is $5 and proceeds go to Mercy Corp. The Willy Week is sponsoring the event, and has all the details here. Some of the food carts participating:

The holidays were exhausting; January is recovery time. Mostly this month I’ll be reading books by the fire, sipping homemade glühwein, eagerly awaiting the official release of the Timbers 2009 schedule, and making countless trips to Ikea (Heather and I moved. Finally). Oh, and I have to get a haircut, stat; both the move, and my trip to the barber were snowed out several weekends in a row last month. I look like a hippy.

There are, however, a few things going on this weekend worth checking out.

Starting Saturday you can take a 20-minute tour to see it for yourself. The tour begins at the welcome desk on the first floor of the Central Library. Register online or by calling 503-988-5234.

$10-15 donation requested, but entry is free (though space is limited; RSVP through the Bright Neighbor site, or get there early).

Built-in features of the site include local resources mapping, a bartering forum, and a carpooling bulletin board.  And the logo utilizes the same colors as the flag of Portland!

Portland is the debut market and home of the CEO and founder; local entrepreneur, peak oil activist, musician, and blogger [did I forget anything?] Randy White.

The official launch party is this Thursday at 5pm at Ohm (31 NW First).

The Bright Neighbor / YPOP (Young Professionals of Portland) launch party is the official launch event to unveil the power of Bright Neighbor Portland. You must be 21 to attend – we will have free food, beverages, and fun!