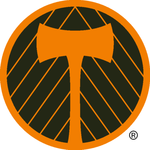 The Oregon Historical Society‘s newest exhibit, Soccer City USA: The Portland Timbers and the NASL Years, 1975-1982, kicks off on April 15, 2011 (the day after the Timber’s home opener!).

The exhibit curators are Michael Orr (aka @maofootball ) and Morgen Young (aka @AlderLLC), historians and principals of FC Media LLC, which is dedicated to forming the definitive history of Portland Timbers Football Club.

They have assembled an exhibit which focuses on the years the Timbers played in the original North American Soccer League, and is the largest collection of Timbers artifacts in one place at one time.

Here are a few examples of what you will see: 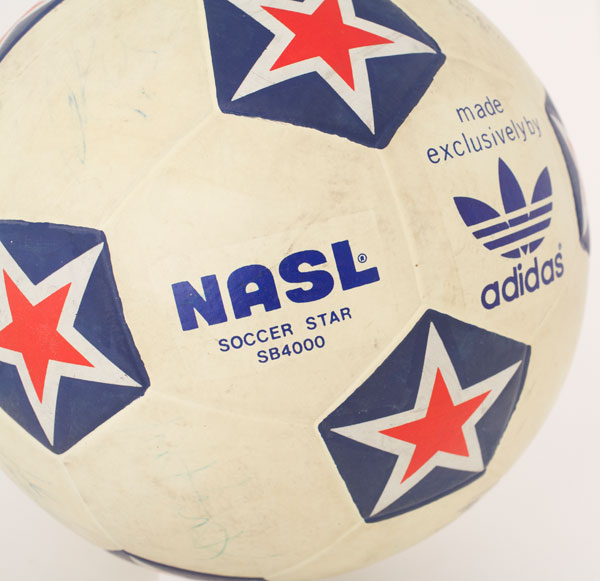 Warm up ball from 1981 that was accidentally kicked into the crowd. It was later signed by the team at the first home game of the season against Vancouver. 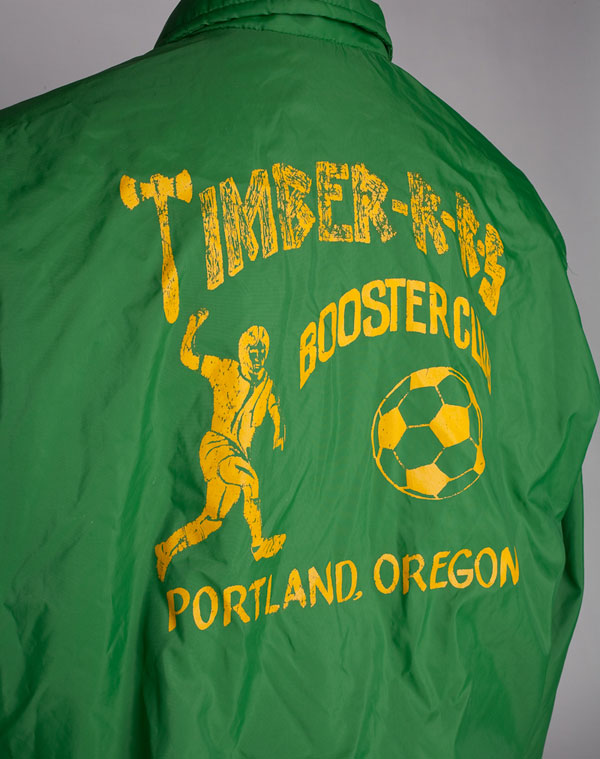 Booster Jacket from the Timbers’ Booster Club, founded in 1976

Framed poster of the players on the 1975 team, loaned by ex-Timber Roger Goldingay (#16). The poster is 7 feet wide.