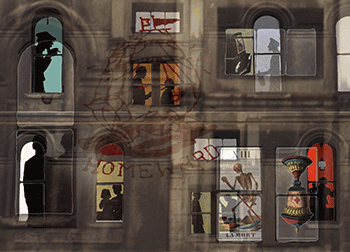 For three weekends in December the 1881 Mariner’s Building (209 NW 3rd) will be the location, and canvas, for Illuminations #1, a site-specific work by artist Rose Bond.

[E]ducator and animator Rose Bond, will use the windows of the historic building as screens for still and moving images that evoke specific gestures, story fragments, and names to explore the identities of the Chinese, Japanese, Jewish, Roma, and other residents of Old Town and Chinatown.

Opening night is First Thursday, December 4, 2014. The project will be displayed from 6 PM to 8 PM on December 4-7, 12-14, and 19-21. The project is part of the “Illuminations Series” of the Old Town History Project, a community-based history, art and culture organization devoted to the preservation and revitalization of Portland’s oldest surviving historic district. Visit the Restore Oregon website for more details. 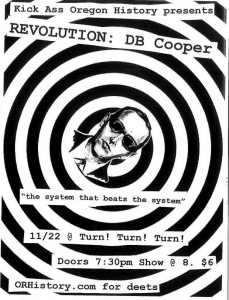 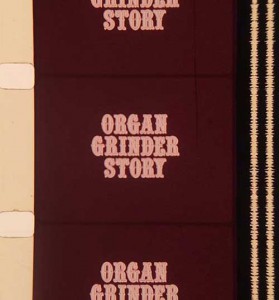 In Portland, our urban neighborhoods are a product of the pre-automobile era. Although far-slung suburbs may be a result of America’s love affair with the private automobile, inner city residential districts owe their location, street alignment, and pattern of growth almost entirely to the advent of the street railway. Current Portland roadmaps still reflect those early “streetcar suburbs.”

Portland and its street railway system grew together and expansion into the open spaces beyond downtown was rapid. Until the coming of the automobile streetcars were also the only easy means of getting around town and had become an integral part of most inner city neighborhoods.

But the heyday of streetcars only lasted a few decades. Already by the 1910s the automobile had begun to change the way people moved about the city. By the 1920s traffic around the city was frequently snarled by the volume of automobiles and the existing (and abundant) streetcar lines. The 1930s marked the “beginning of the end” as streetcars began to be replaced by electric “trolley buses” while the old rails were buried under layers of asphalt.