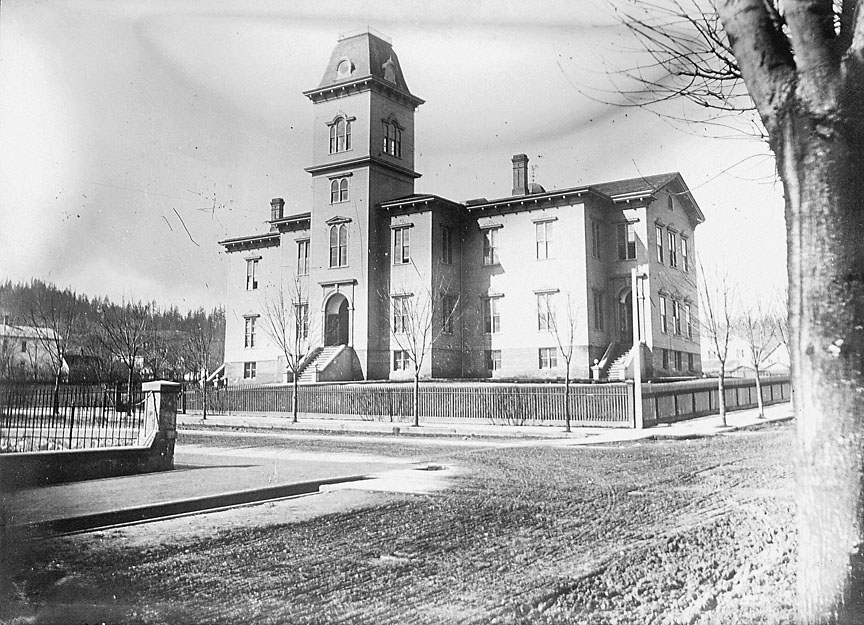 Several schools, most private and a few quasi-public, sporadically served the children of Portland from the late 1840s through the mid-1850s. But finally on May 17, 1858 the Central School opened, the first public school in Portland in a building, and on land, owned by the school district.

The school was constructed at 6th and Morrison, where Pioneer Courthouse Square is now. The first principal was L.L. Terwilliger, and he was assisted by Owen Connelly and Mrs. Mary J. Hensill. The first class had an enrollment of 280.