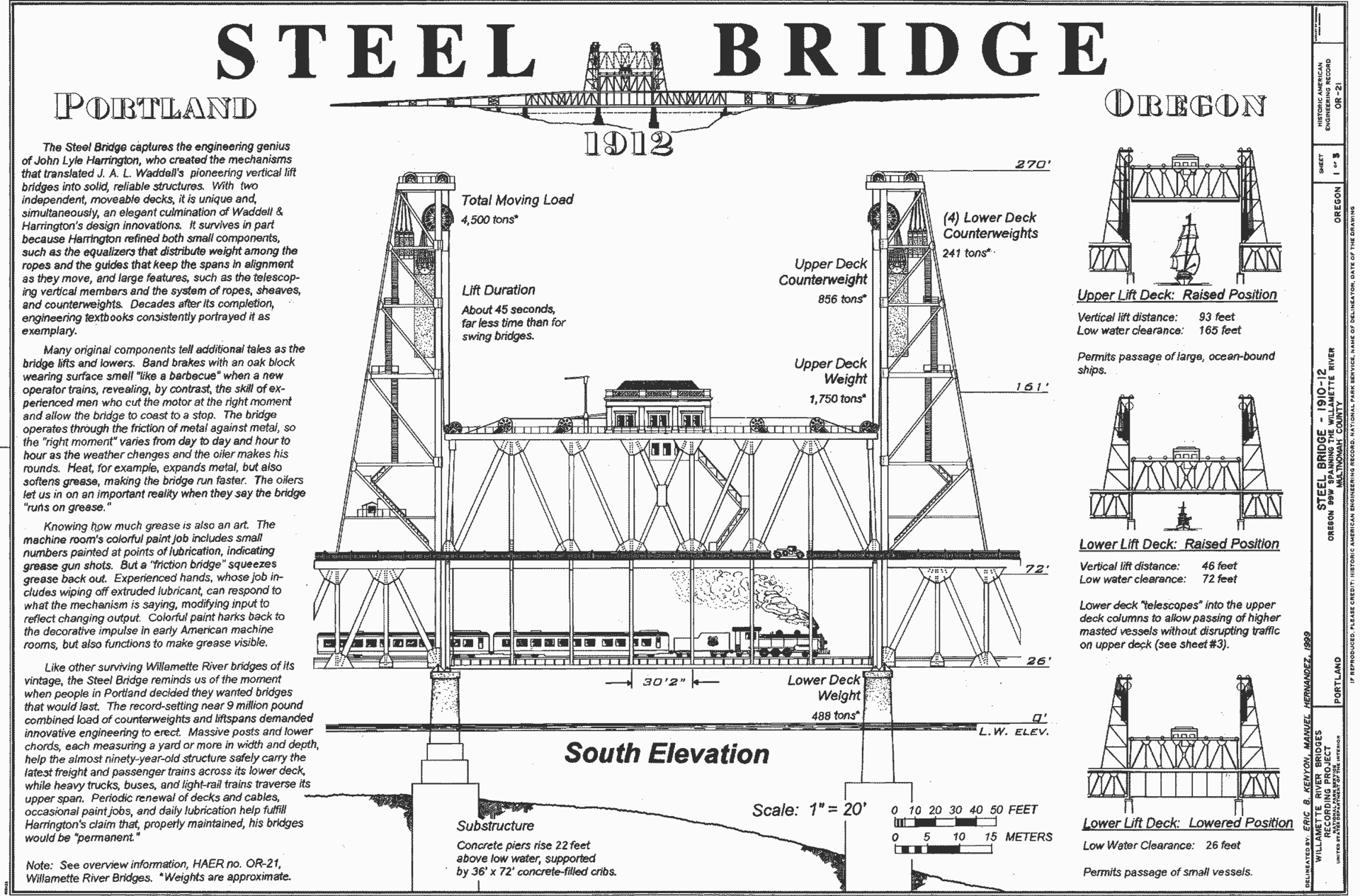 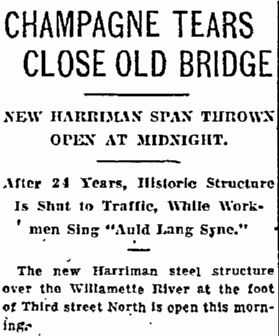 Shortly after midnight on the morning of August 9, 1912 the old Steel Bridge was closed with much ceremony, while the new Steel Bridge (i.e. the Steel Bridge still in use today) opened . . . to little fanfare (Morning Oregonian, 10-August-1912).

Two bottles of champagne, the christener of the elite of the navigating world, were broken across the bulk of the old bridge, a cornet duet, “Auld Lang Syne,” said farewell from the workers on the old structure, and all the ceremonies of the night centered around the 21-year-old steel way across the river.

The new, paint-shiny Harriman bridge, with its expensive lift towers and its two decks, got none of the ceremonies of the occasion. “Taffy,” a gatekeeper, stumbled across a pile of lumber on the new bridge, and swore – that is all the benediction it got.

Built over two years by the Oregon Railway and Navigation Company and the Union Pacific Railroad, the new Steel Bridge is a Pratt through truss, vertical lift bridge. When it opened it was the largest telescoping bridge in the world, and it is now believed to be the world’s only double-lift span that can raise its lower deck independently of the upper deck (“Willamette River (Steel) Bridge” [doc] – Oregon Department of Transportation).