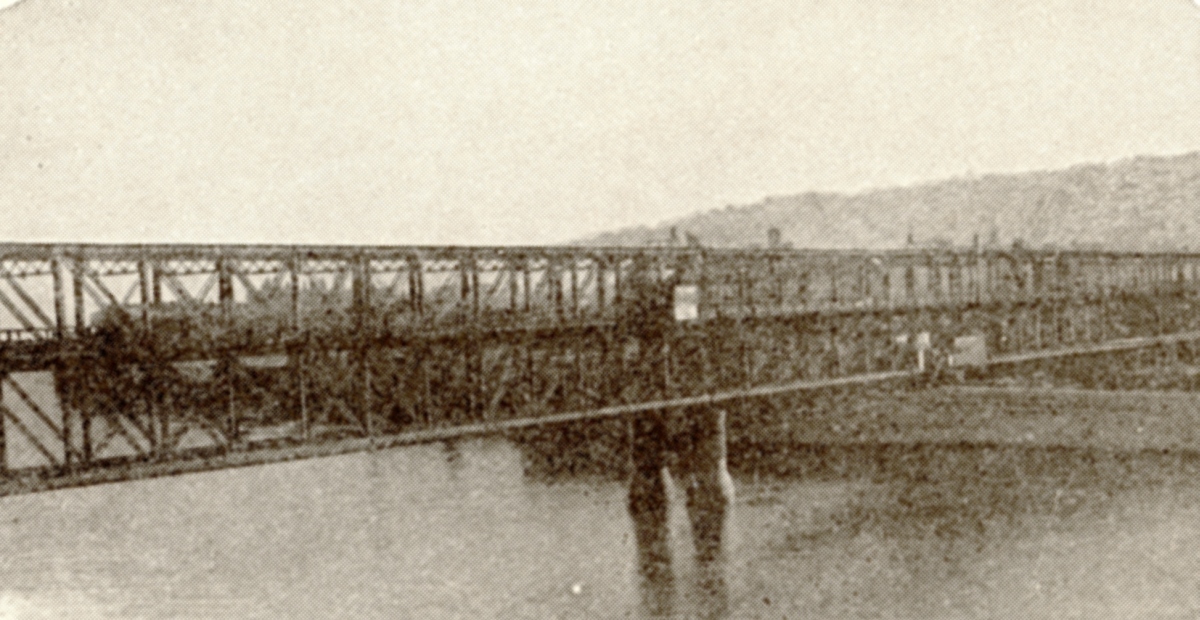 With little ceremony, the first locomotive crossed Portland’s new railroad bridge on July 10, 1888 – the object, said Manager W.H. Holcomb was merely to test the new bridge a little and to try the curves – just to see how everything worked (Morning Oregonian, 11-July-1888).

The new bridge joined the recently opened Morrison street bridge in spanning the Willamette in Portland. The Morning Oregonian gushed:

Those two fine bridges are permanent monuments of the energy, activity, and business enterprise of the citizens, and of the unshaken confidence in the future of this city, of the great railway corporation whose main line starts from, and whose far-reaching and radiating interests center in Portland. Like all great durable improvements, these two bridges are encouraging indices of the growth in wealth, population and commercial importance of the metropolis of the Northwest, and one of the infallible indications that Portland must ever, by all the advantages of geographical location and the aggregation of capital, maintain her supremacy.

The double-deck swing-span bridge, constructed entirely of iron and steel, came to be called the Steel Bridge. The name was retained by its through truss, double lift 1912 replacement, which still spans the river, serving trains, cars, light rail, bicycles, and pedestrians. 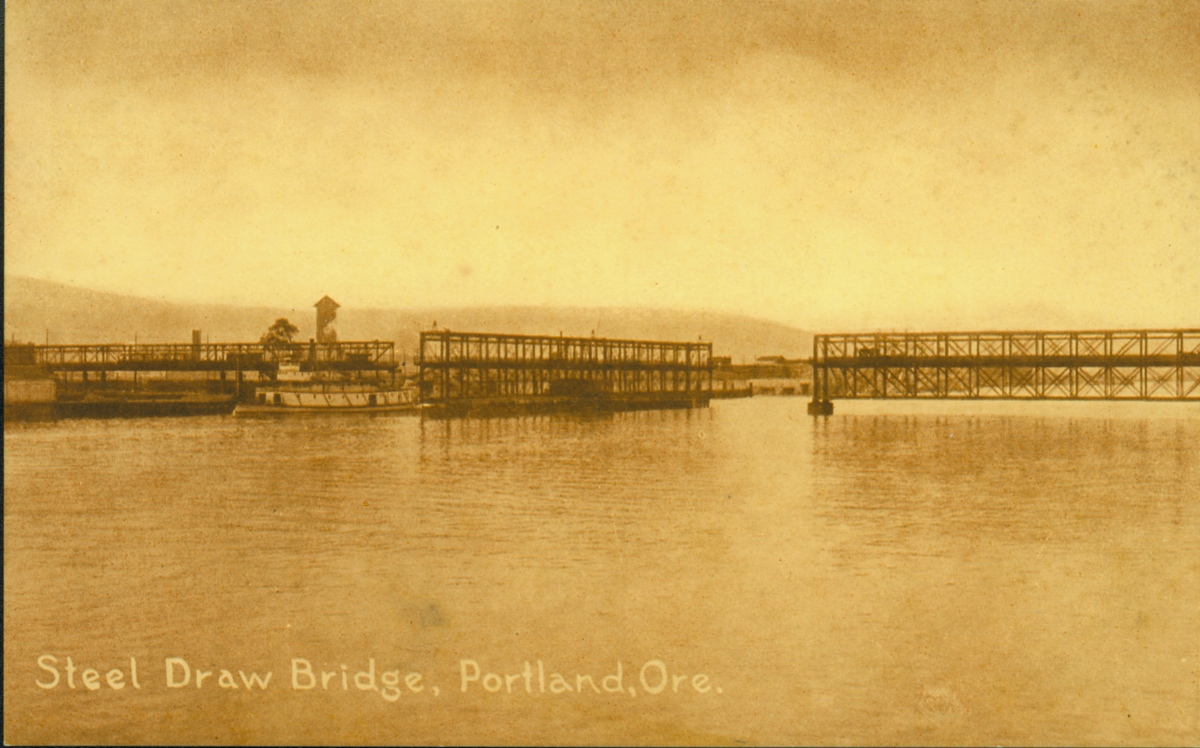