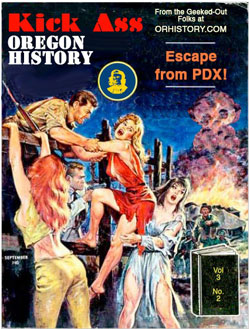 In 1955 Portland’s ambitious Civil Defense program initiated “Operation Green Light” and tried to evacuate ALL of Portland’s Downtown to the suburbs. FAST.