Three films with Portland connections are out or coming out soon. Only the Feast of Love actually takes place in Portland, but Portland makes an appearance in Into the Wild, and Todd Haynes, the director of I’m Not There, lives in Portland. 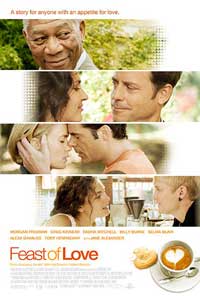 Feast of Love is receiving mixed to bad reviews, but by all accounts the actors’ performances are top notch and Portland looks great!

I’ve not yet seen the film but I’ve heard PGE Park is the location of several sex scenes, Reed College is Portland State, and the coffee shop epicenter of the film, Jitters, is actually the North Mississippi Fresh Pot. Though melodramatic love stories are not my usual thing, I will be seeing Feast of Love.

(It’s uncanny how many weird connections I have to this film: as a Timbers season ticket holder I spend many wonderful evenings each summer at PGE Park, I’m an alumnus of Reed and PSU, and I live in the Fresh Pot building on Mississippi!) 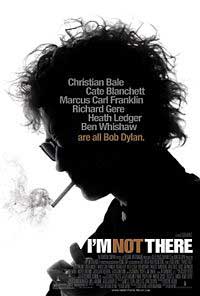 The intrigues and intricacies of the making of I’m Not There, a film inspired by the life of Bob Dylan, are the subject of an article in The New York Times Magazine this morning entitled This Is Not A Bob Dylan Movie.

The director of the film, Todd Haynes, lives in Portland. According to the author of the article, for Haynes, Portland was a tonic. It’s a lo-fi town, a do-it-yourselfer’s paradise, a place where, in contrast to New York, your career is not necessarily everything.

None of the film, as far as I know, was filmed here, but the town contributes to Todd’s creativity, and much of the film’s editing was done here. 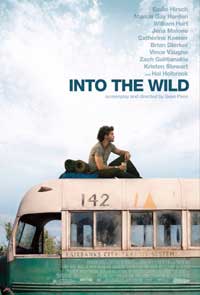 Into the Wild, Sean Pean’s adaptation of the Jon Krakauer book of the same name, has the most tenuous Portland connection of the three films; Reed’s front lawn stands in for Emory College in a graduation scene.

But I enjoyed the book (Library | Powell’s), and the film has been getting good reviews.