The Blazers take on the San Antonio Spurs tonight in the 2008 home opener at the Rose Garden.

As everyone knows, Greg Oden sprained his foot in the season opener in LA and will be resting and healing for the next several weeks. Having watched this team come together last year I am not too concerned; we’ll miss James Jones’ sweet shot (though he’s out with an injury for three months) but this year’s team is stronger than last year’s Oden-less team with the addition of two Europeans, Rudy Fernandez and Nicolas Batum.

I will be attending the game in lieu of celebrating Halloween. Look for me on TV; I’ll be the one in red!

So I was a little off on my predictions.

Travis Outlaw did take the last shot for the Blazers, and the shot would have likely iced the victory since we were up 1 at the time, but he did not make it. However, we won the game, which prediction was implicit in my Travis Outlaw predictions, so I give myself partial credit.

Rudy Fernandez flirted with a double-double (6 points and a team leading 8 rebounds), but 0 assists.

Heather at Mile73.com filmed this footage of the barge launch yesterday:

Barge Launch Portland, OR from Mile73 on Vimeo. 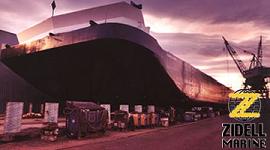 Zidell Marine Corporation is launching its newest barge Thursday at 11:30am.  From Southwaterfront.com:

Zidell has been working hard – night and day – preparing their most recent barge for launch.  And we have just learned when they will be launching this barge….

Be sure to come by and check this out – it only happens once a year and it’s pretty spectacular to see the barge slip into the water for the first time.

Zidell is not letting anyone on the premises. But you can see it from the other side of the river, Ross Island Bridge, or from the large buildings in South Waterfront.

Hat tip to Heather at Mile73.com!

With the expectations heaped onto this young Trailblazer team, it’s no surprise to see fans jumping back (or for the first time) onto the bandwagon. To keep up with the team, these blogs are required reading:

Both rich with original content, these blogs also link to interviews, videos, articles, and blogs around the world if the subject matter is directly or tangentially about the Blazers.

As a Portland blogger and season ticket holder, I too will occasionally blog about the Blazers this season . . . and post season?

Last year I predicted, accurately, that the Blazers would go 41-41 on the season (though that was 11 games into the season with the Blazers a perfect 4-0 at home and a perfectly awful 0-7 on the road).

This year I will make my prediction before the team starts playing: 49-33. 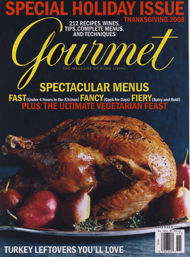