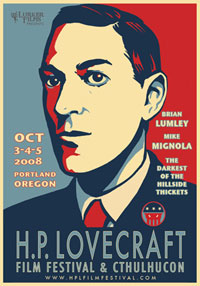 It’s much more than a film festival. There will be live musical and theatrical performances, readings of Lovecraft’s works, an accompanying Cthulhu Con for H. P. Lovecraft nerds from all over, and even a wedding!