Other than driving a short way down I-5 to take in the sausage fest last month, Heather and I wintered in town. Snowmageddon, the snowpocalypse, moving, and the million compulsory trips to Swedish Hell pretty much precluded any out-of-town forays.

But Sunday morning, hopped up on Lucky Charms and strong coffee, we braved the rain and jumped in the car. We were thinking maybe we’d swing by the Tillamook cheese factory, but we did that last year. We settled on a southern loop this time. 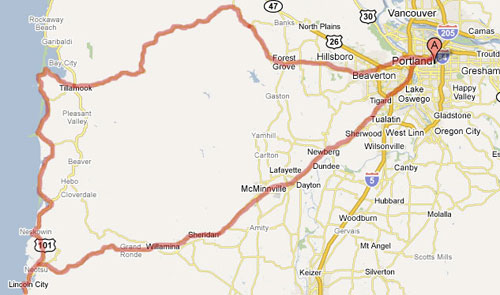 I sorta fixated on Lincoln City as we discussed our route, because I wanted to show Heather the shortest river in the world – the D River. It wasn’t until I got home and googled that I realized there is some controversy about the shortest river claim. Nevertheless, here it is in all of its glory: 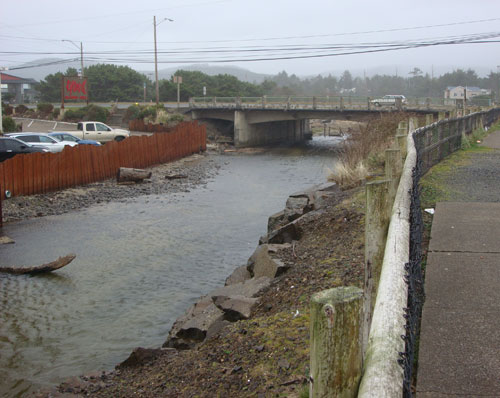 That’s the eastern stretch above; just beyond the bridge is Devils Lake, where the D River begins.

Below is the western stretch as it empties into the Pacific Ocean. 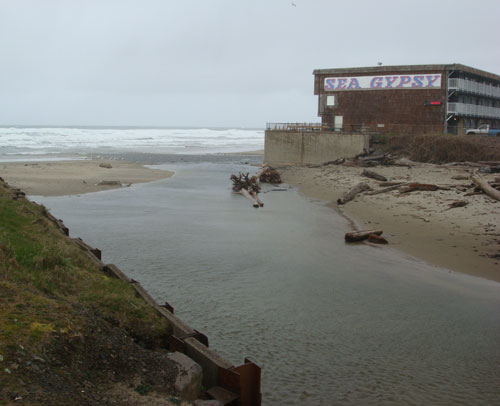 Worth the trip, no?

The highlight of the trip was in Pacific City. 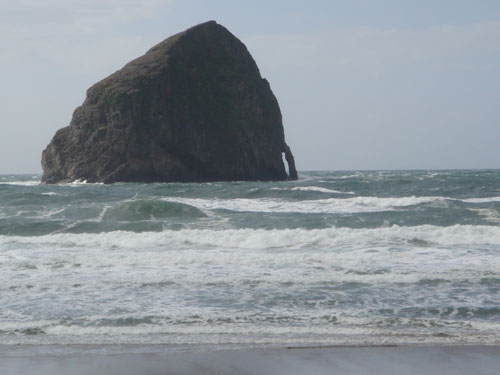 No, not the oceanic monolith (one of several Haystack Rocks on the Oregon coast apparently).

I finally made it to the Pelican Brewery! Alas, it’s a rather generic big brew pub (e.g. they sell tchotckes at the door, charge extra for a side of ranch dressing, and charge $16 for mediocre fish and chips), but the beer is fantastic. 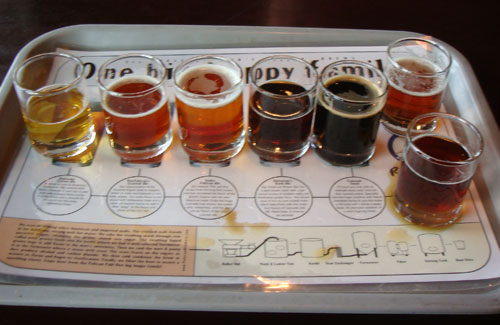 I stole the map at the top from Heather. And she has blogged our trip much more skillfully than I have – go read her post here: Tank Full Of Gas Chapter 12: Oregon Coast