Thursday we cheered on the Timbers. Friday we spent some time at the Hall of Records‘ wax broker riot. And Saturday we merely spent a couple hours at the Alberta Art Hop (after helping some friends move and before the obligatory sunny Saturday beer with friends at Amnesia). By Sunday morning we were determined to do one of two things: either stay home and relax, or jump in Heather’s Saabaru and carom through the Columbia River Gorge. What do you think we did? Yup.

Heather and I have made several [1, 2, 3] trips to the Gorge since she moved to Portland, but our adventures never took us further east than Hood River. We decided to throw the net a little wider this time.

We left Portland around 10am and didn’t even stop in Hood River. We were on our way to Maryhill, Washington. Maryhill is a small farming community about 100 miles from Portland. On a bluff overlooking the town, the Columbia River, Biggs Junction, and the Sam Hill Memorial Bridge stands Sam Hill‘s Stonehenge, a full sized replica of the original. He built his stonehenge as a memorial to the first World War war dead from Klickitat County. 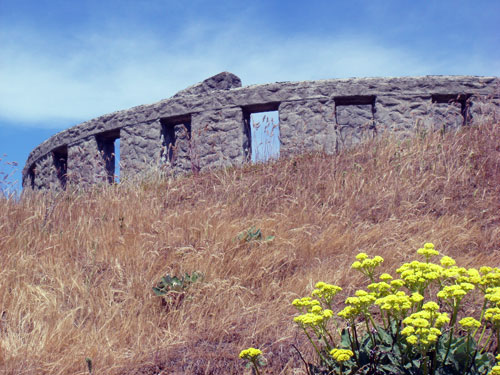 I’d only ever been this far into the Gorge in the summer, so the green was surprising. Here’s the view southeast from Stonehenge. 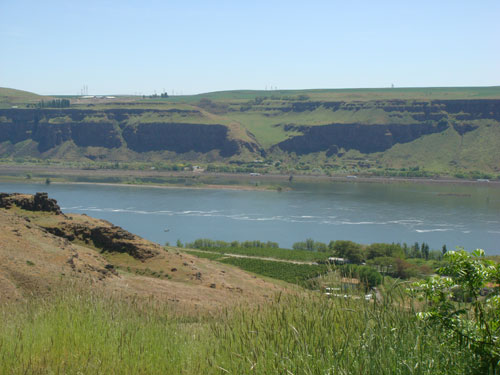 Up in the hills above Stonehenge fifteen giant wind turbines are being constructed. They sit on land belonging to the museum, and the revenue from the electricity produced by them will eventually earn the museum around $100,000 per year for operating expenses. 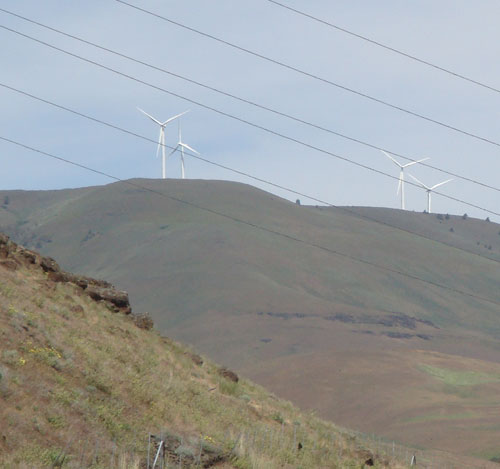 And this one is looking southwest, towards Biggs Junction. 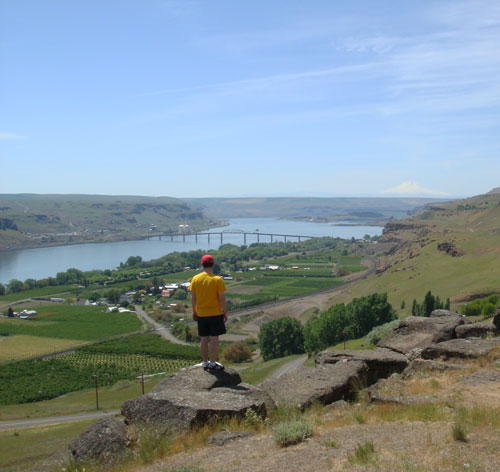 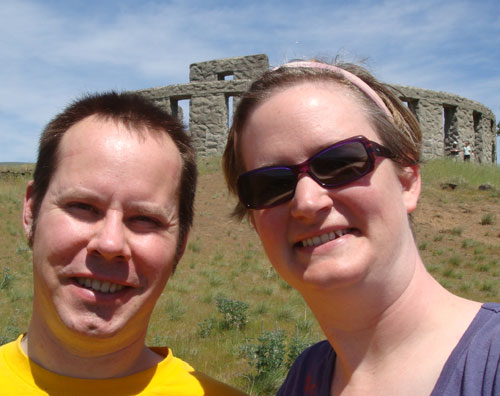 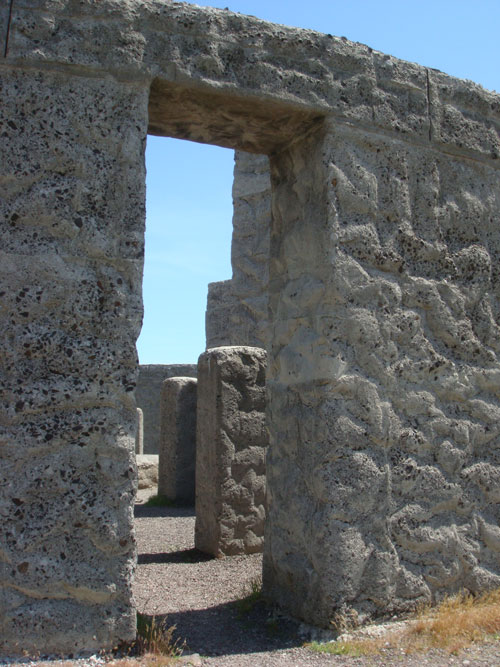 Our next stop was the Mary Hill museum, a few miles away. The museum has 87 Rodins, memorabilia from Queen Marie of Romania, and many other exhibits. But we weren’t feeling it, so we walked around the grounds and took pictures of typos, peacocks and funny sculptures. 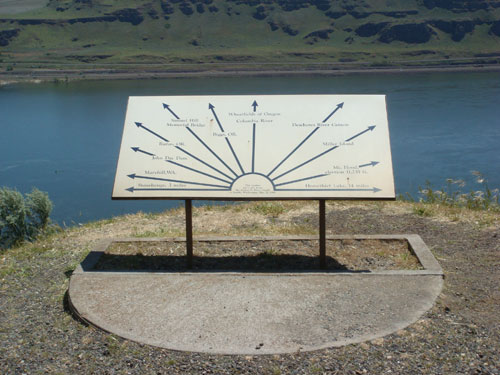 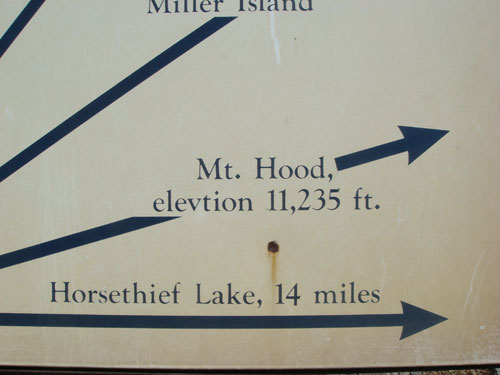 After all that proofreading and driving, I was getting hungry. 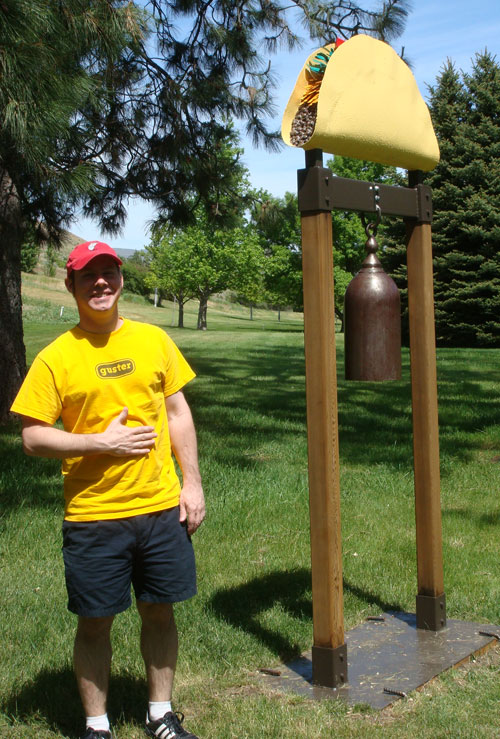 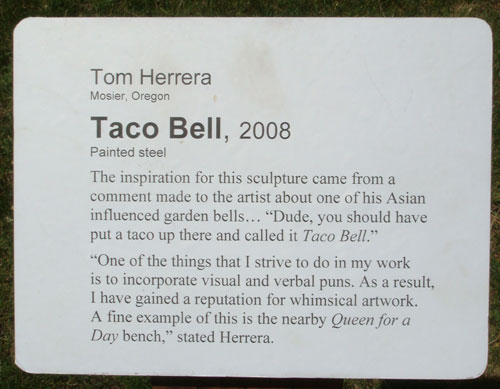 We drove back to Hood River and stopped at the first place we saw, a rather divey bar pretending to be a “British Pub.” It had shady outdoor seating and cold beer, however, so it suited us fine. And you can’t imagine my surprise when I saw poutine on the menu! We had to try it . . . here is Hood River poutine: fries, dark brown gravy from a can, and feta cheese. Weird, eh? But we were friggin hungry and as they say, appetite is the best sauce! 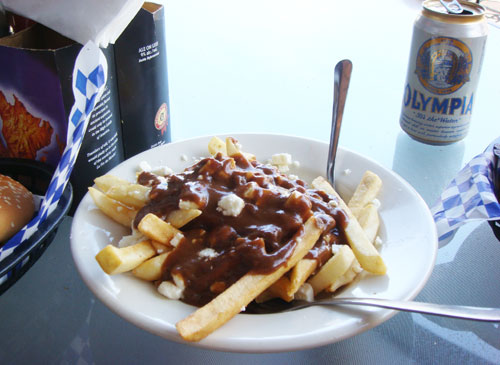 We decided to take another route home, so we headed south on 35 to Highway 26 and home from there. This damn thing kept getting in the way, but we eventually reached our destination, petted the cat, and then slept like the dead. 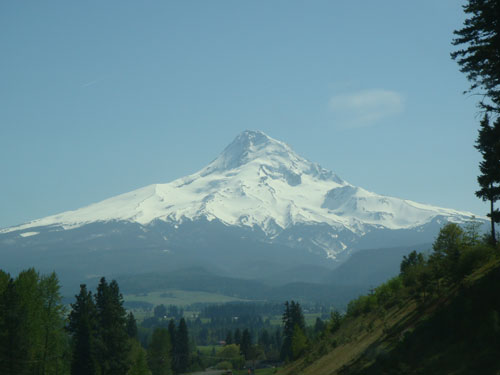