Everything about last night’s Timbers match against Seattle was fantastic, except for the result. One of the highlights for me was watching a drunk and/or belligerent Sounder customer/fan hog-tied and carried out of the beer garden by a swarm of security and police. Good times.

A League Below, a Class Above

That’s what the banner in the North End stated, and it was true last night.

The MLS Sounders are more talented than the USL teams the Timbers have faced this season, but the outcome could have been different; the Timbers unfortunately let in an early goal, then went down by 2. They fought back and played well, but couldn’t pass circles around this team like they have done against some of this year’s USL competition. 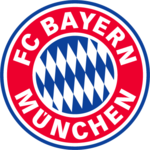 Tonight, the Timbers return to the scene of the crime, to host Bayern Munich II, in a much more friendly game. It’s doubtful that 16,382 fans will make it out tonight, but the atmosphere should be good, as it always is against the European teams. We’ll be arriving to this one late – we’re picking up some first time Portland visitors at the airport. What better way to introduce them to Portland than to bring them straight to a Timbers match on a balmy July evening?