Plenty of events to choose from this weekend, and thank goodness all of them have beer! 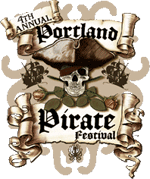 I have not made it to any previous Pirate Festivals (I have no swashbuckling outfit for one thing), so all I can tell you is check out the website. There’s music, dance and performance, historical reenactments (with cannons!), stuff for kids, and of course there will be beer!

The aaarrrs and blimeys begin at 10am both Saturday and Sunday, September 19 and 20th. And continue irritating until 10pm Saturday and 6pm Sunday. 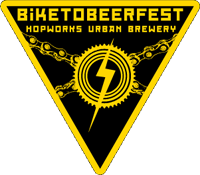 Hopworks Urban Brewery (2944 SE Powell) his sponsoring and hosting their first Biketoberfest, this Saturday, September 19. What, exactly, is a Biketoberfest? It’s a FREE Bike in Oktoberfest – Bikes, Fresh Hop Beers, March Fourth, Bike Builders, More! Heather and are planning on bicycling over there ourselves early in the afternoon (the fest runs from noon until 10pm) before heading to NE Portland for perhaps the last street fair of the season . . .

Yup, the Alberta Street Fair takes place this Saturday, September 19th, from 11am to 6pm. Like in previous years, the website provides virtually no useful information about the festival – nothing about the vendors, musicians, or a map of the activities – just the date and time. I can surmise, however, that it will be like previous Alberta Street Fairs, Last Thursdays, and the Art Hops, which means the street will be closed to cars from about 11th to about 30th, with all the usual Portland street fair accoutrements, and because it is Alberta there may unfortunately be clowns. 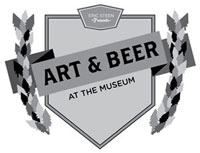 And last, but definitely not least, local artist Eric Steen’s Art and Beer at the Museum takes place Saturday, September 19th from 6pm to midnight at the Portland Art Museum (1219 SW Park). Here’s the artist’s statement for the intriguing event:

Portland-based artist, Eric Steen, presents an event that combines drinking beer and experiencing art. For one night only, you can sample three new beers from Laurelwood, Lompoc, and Lucky Lab at the Portland Art Museum. A brewer from each of the three Portland microbreweries received a tour of the museum’s collection, selected an artwork, and made a beer that will complement that artwork. This beer sampling is part of a one night event called “Shine A Light: A Night at the Museum”, an event that will host a number of performances, time-based art actions, music, and more. The entry fee for the event is $12 and will give you access to all the art and performances, the museums galleries, and unlimited sampling of the three new beers.

I also wrote about this event a couple weeks ago: Art and Beer at the Portland Art Museum.